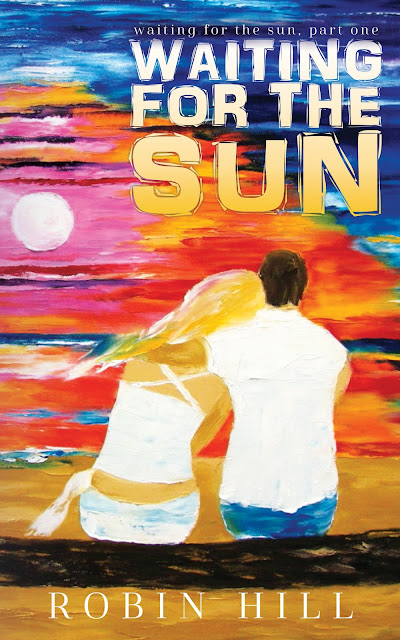 Be the butterfly, Frankie…

Francesca Valentine would rather swear off chocolate than go on vacation solo, but she made a promise to her late father to come out of her shell and live a little. When her best friend bails on their annual girls’ trip, she vows to do just that, but her plan is foiled when the hotel loses her reservation. Alone and stranded in Austin, Texas during one of the world’s largest music festivals, she's rescued by a mysterious stranger, and an unexpected friendship blossoms.

Ten years after losing his family in a tragic accident, Darian Fox is finally back on his feet. The onetime rock star turned successful indie label-owner is content with the isolated life he’s created for himself and wants to keep it that way. But when he’s forced to travel to Texas on behalf of his company, he finds it’s hard to be alone in a city overrun with people. He meets the beautiful, magnetic Francesca and discovers alone is the last thing he wants to be.

The unlikely pair form a bond that elevates them from merely existing to living a life less ordinary. But the lines of friendship quickly blur, and when Francesca’s true feelings surface, Darian will have to decide between breaking her heart and breaking the promise he made to the family he lost. With his own heart ruled by guilt, does Francesca even stand a chance?

…Spread your wings and fly.

Waiting for the Sun is part one in a two part duet. Part two, Riders on The Storm, to follow. Due to mature content, both installments are recommended for readers 18 and up. 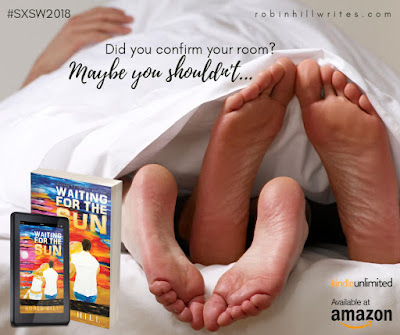 Waiting for the Sun is the first book in a duet and the debut by Robin Hill.

When her friend has to bail on her on their way to a music festival, Frankie decides to go solo and let herself take a chance to hopefully point her life in a new direction. No sooner had she made the decision and she meets ultra handsome older man, Darian.

Darian is coming up to the tenth anniversary since his life was changed forever after suffering devastating loss. After focusing his entire life since on his music business, he is transfixed by the young woman in the hotel lobby. Helping her out of a fix, the two become more that two lost souls and a friendship that could possibly be more is in the hands of fate.

This was a nice gentle romance with a lot of angst but plenty of passion and chemistry. Sometimes the backwards and forwards of the romance was a little trying and for me I would have wanted Frankie to be just that little bit older. I love an age-gap romance but for me Frankie was just a touch too young even though for the most part she was mature in her thinking.

I wasn’t aware when I started reading this that it was not a standalone and that it would end on a HFN which was a bit of a downer as I felt it could have ended in one book. Therefore I am not sure what is to happen in the next book. Overall though this was a good solid storyline and I would not have known this was the author’s debut.

*Copy of the ebook supplied by the author to Foxylutely 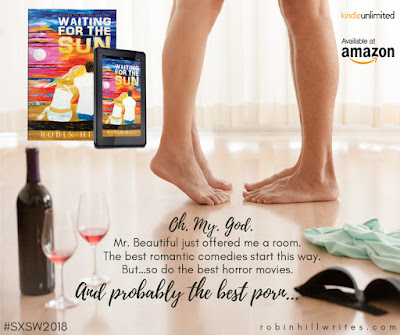 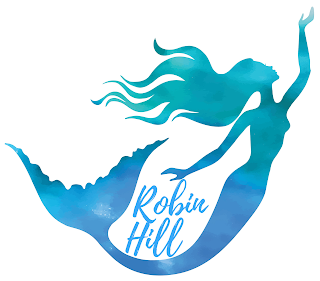 ​​​​​​Robin Hill spends 75% of her day writing, 30% reading, and a good 25% hanging out with her husband whilst simultaneously stalking random people online. She’s terrible at math. She loves wine. Coincidence? Maybe.

She also loves to cook, eat cheeseburgers, listen to The Doors, and watch Jeopardy. She hates flying and blue cheese, and she's not too keen on treadmills. She believes in aliens but not ghosts. And she dream casts Josh Duhamel in every book she reads.

Robin hides out at her Texas Hill Country compound with her husband and their little poodle princess, Alice Malice. 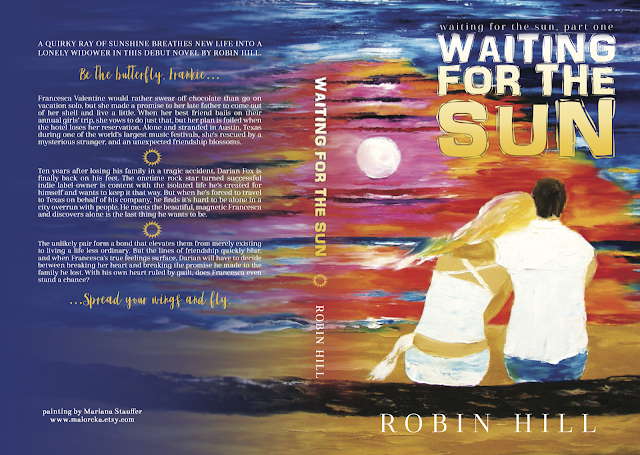