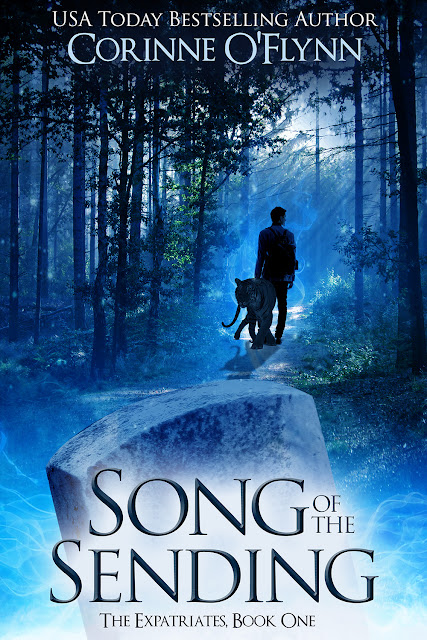 They told him his world was destroyed.


And they were the last to escape.
They thought he was safe.
They were wrong.

Jim Wales can communicate with animals, but that’s not why he lives with a traveling carnival. Turns out his family’s been hiding him there since he was little, since someone started hunting all the scholars. Jim is a scholar—someone who can manipulate energy using magic—and he has no idea.

When a message arrives from Jim’s supposedly-dead father, Jim’s whereabouts are discovered, their carnival is attacked, and his mother is kidnapped. On the run with a strange glass map and a single coin, Jim finds himself racing to reclaim the father he thought he’d lost, plotting to save his mother, and discovering the truth about who he is.

But going home isn’t the same as being safe, and trust is everything. 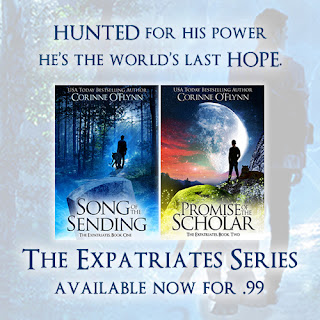 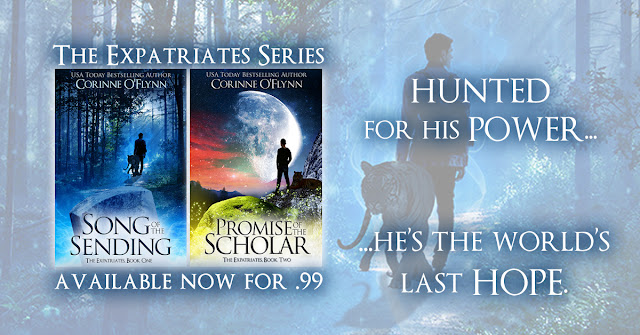 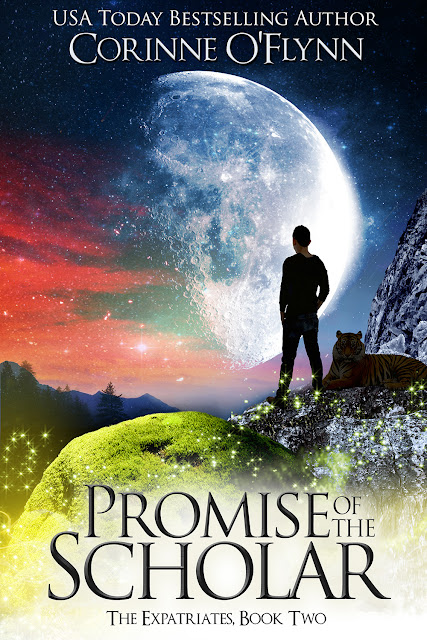 He's the last of the world's Scholars.


He possesses the power of the collective.
Now he's got some unfinished business.
And a chance for revenge.

With his father imprisoned, the people of the Sweetwater clan still missing, and being on the Science Guild's most-wanted list, it seems like everyone wants something from Jim Wales. But just because he's the last living Scholar doesn't mean Jim has a plan or the answers.

When the Fairy Queen takes matters into her own hands, she puts her people and the worlds in jeopardy. But where everyone else sees danger, Jim sees opportunity. Torn between his desire for revenge and his need to keep his word, Jim finds himself looking within to discover what he's really made of.

But having great power and owning it are two very different things. 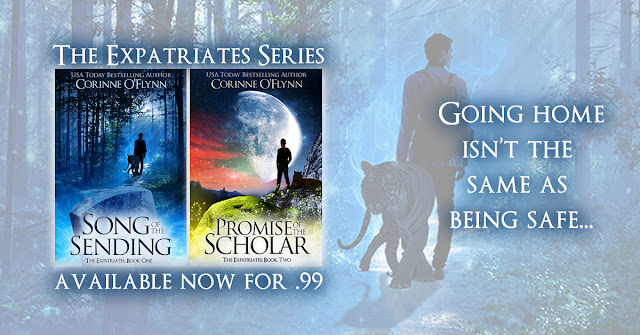 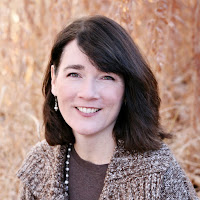 Corinne O'Flynn is a USA Today bestselling author of The Expatriates fantasy-adventure series, Witches of Tower Hill paranormal suspense series featuring the award-winning GHOSTS OF WITCHES PAST, the Aumahnee Prophecy urban fantasy series, and the Half Moon Girls murder-mystery series. She is also a publisher with Wicked Ink Books, whose titles include the award-winning titles TICK TOCK: Seven Tales of Time and OFF BEAT: Nine Spins on Song.


She's a native New Yorker living in Colorado who wouldn’t trade life in the Rockies for anything. She is a self-proclaimed scone aficionado, a professional napper, and she has an entire section of her kitchen devoted to tea. She serves on the board of Rocky Mountain Fiction Writers and Rowan Tree Foundation. When not writing, she can be found hanging with her husband and their four kids, playing board games, knitting, reading, or binge watching some fabulous shows (while sipping tea).