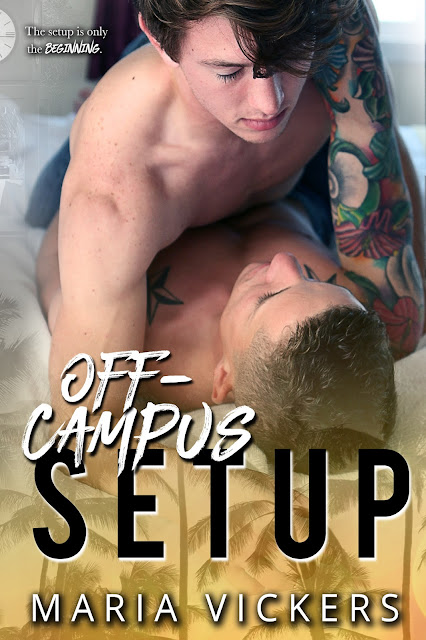 Levi Cox left it all behind to go to school in California, but nothing could prepare him for what he discovers when he gets there. Between the university screwing up his living arrangements, the weird meddling old woman who runs the boarding house, and the fellow student who instantly catches his eye, life in Cali is more than he expected, and he isn’t sure he’s ready for any of it. College was supposed to be an adventure, but this might be more than Levi can handle.

Nathan Orion wants to have fun. That’s what he lives for and it's exactly what his college years are supposed to be about. He’s happy with living the single life and being carefree…that is until the new student at his grandmother’s boarding house crashes into his life. Now he’s been recruited to show the new guy around, and if Nathan has his way, it won't be just on-campus.

Will there be more, or is this only an illusion? Two men thrown together, not expecting anything, but possibly finding so much more than an off-campus setup. 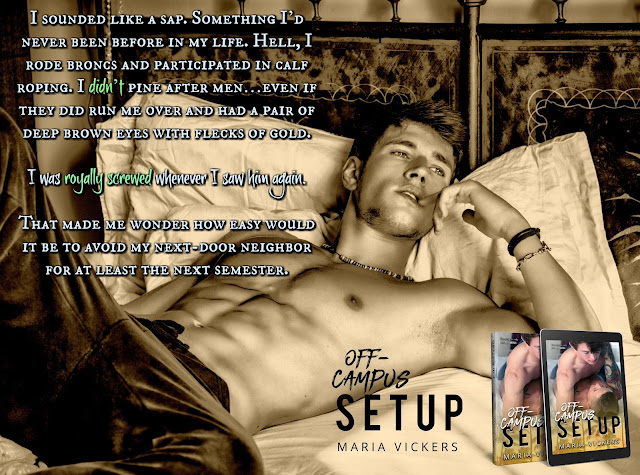 Nathan
“You need something?” Well, he managed more than one word. He swallowed hard.
My eyes followed the movement of his throat and I had to gulp a mouthful of saliva in response. This was stupid. We were two grown adults, regardless if we were still in our teens. Acting like two strangers after what happened was idiotic. “Can we talk?” I didn’t know what I planned on saying, but anything was better than this.
“Sure.” He opened his door a little more and disappeared inside.
Shuffling my feet, I followed him and closed the door behind me. I’d been in his room before. Uncluttered and simple, just like the man leaning against his desk, the sunlight streaming through the window behind him.
“What did you need?” his asked, his drawl a little more pronounced with a tone of voice that sounded either bored or resigned. I couldn’t tell which.
Everything about this made me nervous, but I couldn’t say why. I licked my lips to wet them, noticing his eyes following my tongue. In a moment of bravery—or sheer stupidity—I blurted, “Do you want to go out tonight?” I lived my life calm, cool, and collected. I didn’t get nervous or word vomit whatever popped into my head. Apparently tonight, the rules had changed and I did not approve one iota.
“I don’t feel like goin’ out to a party. That’s not my thing,” he answered, leaning back a little more, his hands resting on the flat desk top behind him. His words and tone hinted that he was holding himself back, but his posture told me that he hadn’t closed himself off to me. Finally, my psych classes were being put to good use.
“I didn’t say anything about a party. Did I?” I grinned, feeling a little braver.
His lips pulled up into his own smile and he shook his head. “No, I don’t guess you did. What did you have in mind?”
“After the stunt my grandmother pulled earlier when she decided to give us both a heart attack, I figured we could use a small break. I know we also need to make up for the studying we missed, but that can wait until tomorrow. Tonight, no thinking about school, my grandmother, or anything else. Fun is the name of the game. We’ll go out and let loose. Start off with dinner and then decide what to do from there. What do you say?”
His smile grew and I knew he’d go along with my plan. “Fine. We’ll go out and then how about you take me out to Santa Monica Pier. You said it wasn’t too far away.”
“Deal. Now go get ready.”
“This is my room. You’re the one that needs to git.”
I scanned the room briefly and chuckled. “True. I’ll see you in an hour?”
“I’ll be here.”
Leaving his room through his door, since I knew for a fact that I’d locked my side of the bathroom earlier, I walked next door and entered. No thinking. Tonight was only about doing. 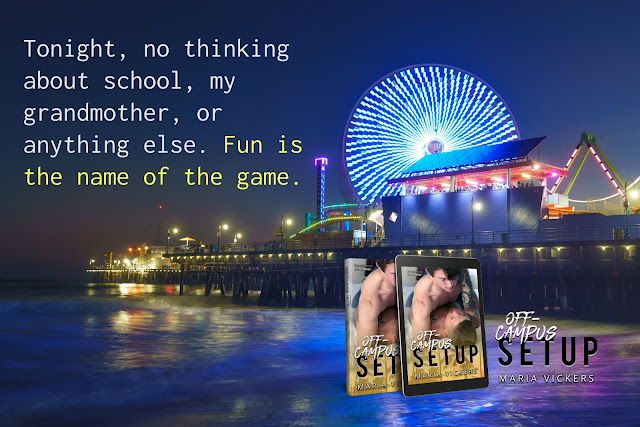 Maria Vickers currently lives in St. Louis, MO with her pug, Spencer Tracy. She has always had a passion for writing and after she became disabled in 2010, she decided to use writing as her escape. She believes that life is about what you make of it. You have to live it to the fullest no matter the circumstances.

From a young age, she has always loved books and even dreamed of being an author when she was younger. Growing up in the Navy, she used to weave tales for her siblings and her friends about anything and everything. And when she wasn't creating her own stories, she had a book in her hand. They transported her to another world. She hopes that with her books, her readers have the same experience and that they can relate to her characters.

Getting sick changed her life forever, but it also opened doors for her that she thought would always be out of reach. 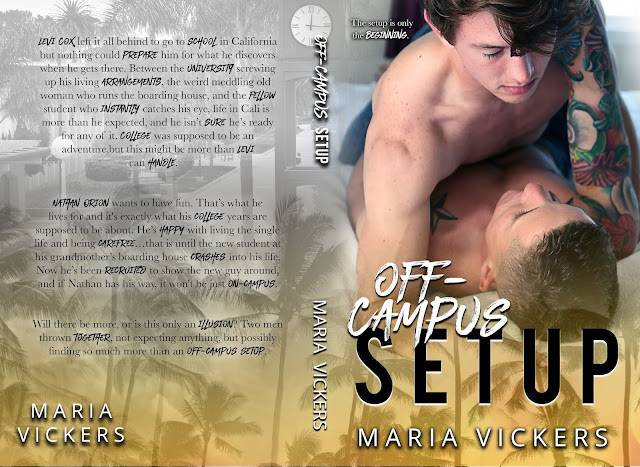