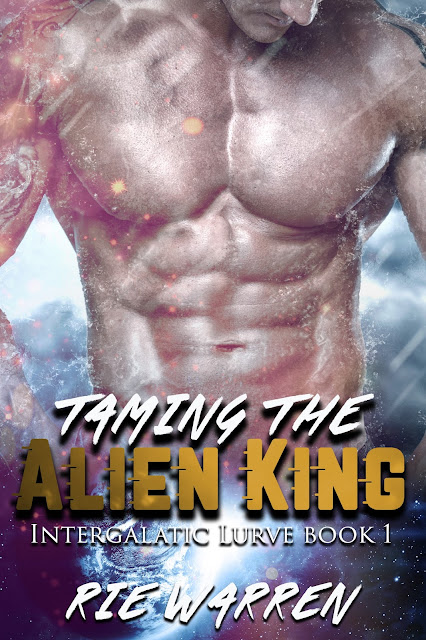 Meet the King of Zenithia, Xyib*eepthxnin. If you think his name is difficult to pronounce, his thick alien staff is even harder to choke down. X’s search for a docile breedmate leads him to California because he knows Earth Girls Are Easy. Then he meets Prairie. Docile and easy? Doubtful.

Prairie . . . don’t let the innocent name fool you. This street girl knows a scam when she sees one, and she’s pretty sure X is either a serial killer or an escapee from the psych ward. The thing is, she’s running from trouble of her own and he’s so smoking hot she figures why not?

Praire’s just along for the galactic ride until she figures out X isn’t alien-spoofing her. After her introduction to smoldering cross-species sex and the king’s sweeter side, Prairie has a choice to make. Should she stay or should she go?

The decision is taken out of her hands when one particular challenge for X’s love ends with her life in peril. 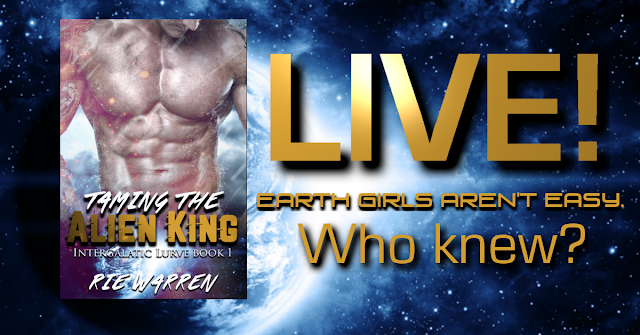 “You were jealous, Prairie.” X’s voice rumbled deliciously from the widest chest I’d ever seen.
“What?” I huffed. “Not.”
Smug sexy alien stud.
A grin tipped up one corner of his mouth.
Without another word, he began to undress, and I was once again treated to the insane sight of his incredibly muscled body. He stopped with the lacings of his pants coming undone, revealing the root of his impressively thick cock.
He ducked his head, licking across my lips before delving inside. I trembled with awareness of him, my hands roaming to the ropey sinews of his shoulders. Before I even knew it, he’d completely disrobed me, leaving me in only the humungo necklace and nipples so tight I thought I’d come if he so much as touched them.
He set my hands on the lacings of his leathers, watching with a hungry smile as my fingers pulled them open one by one.
My heart pounded harder. My pussy got wetter and wetter. The peaks of my breasts rubbed against the heated glossy skin of his chest.
Tugging the pants down, down, down, my breath caught in my throat at the feast of flesh presented in front of me.
Our skin still gleamed from the earlier oil treatment, and I stood quivering in front of him.
“Now we fuck.” His voice came out like sexual thunder, sending a bolt of dirty desire zinging desperately through me.
My belly clenched, but when he picked me up and tossed me onto the bed, I held up my hands.
“Holy horse cock, alien boy!” I stared at the lewd length kicking up from his groin, veins pulsing all over, the big domed head pushing out one drop of liquid after another. “Seriously though, is that thing really for real? Or is it just another hologram?”
“You touched my cock earlier. Did it feel real?” He wrapped a massive fist around the base jutting from his body and stroked all the long way up to the tip.
Involuntarily, my thighs spread, and I felt myself dripping all over the bedding.
His eyes—gleaming nearly fluorescent green—latched onto the sight of my pussy, and his lips curled off his teeth, nostrils flaring.
I writhed at the primal sight of him as he crawled up between my legs, pushing them wider and wider apart with his sheer size.
As soon as his cockhead touched my labia, sizzling heat rippled through my body, but my hands rose again to push at his chest.
“Uh unh. On second thought you can’t fuck me with that thing. No way will it fit.”

“Then tonight I will stretch you.” 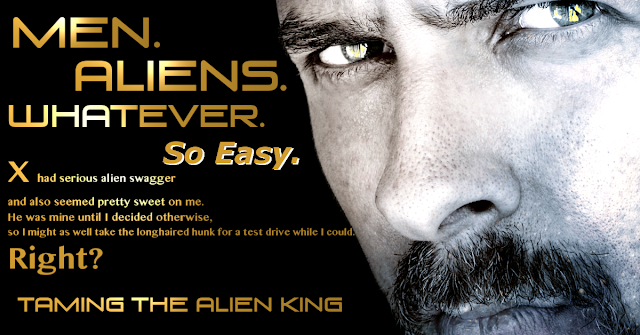 Rie is the badass, sassafras author of Sugar Daddy and the Don’t Tell series–a breakthrough trilogy that crosses traditional publishing boundaries beginning with In His Command. Her latest endeavors include the Carolina Bad Boys, a fun, hot, and southern-sexy series.
A Yankee transplant who has traveled the world, Rie started out a writer—causing her college professor to blush over her erotic poetry without one ounce of shame. Not much has changed. She swapped pen for paintbrushes and followed her other love during her twenties. From art school to marriage to children and many a wild and wonderful journey in between, Rie has come home to her calling. Her work has been called edgy, daring, and some of the sexiest smut around.
You can connect with Rie via the social media hangouts listed on her website. She is represented by Saritza Hernandez, Corvisiero Literary Agency.