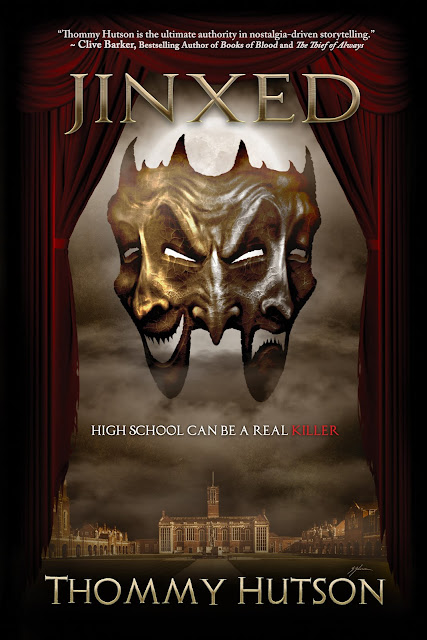 Walk under a ladder

Step on a crack

But someone at the Trask Academy of Performing Arts is taking things one deadly step further when the campus is rocked with the deaths of some of its star students.

Layna Curtis, a talented, popular senior, soon realizes that the seemingly random, accidental deaths of her friends aren't random—or accidents—at all. Someone has taken the childhood games too far, using the idea of superstitions to dispose of their classmates. As Layna tries to convince people of her theory, she uncovers the terrifying notion that each escalating, gruesome murder leads closer to its final victim: her.

Will Layna's opening night also be her final bow?

Night cradled the nearly empty campus. A few kids rushed to their dorms, or their friend’s dorms, guided by small, solar-powered lights adorning every walkway. From above, moonlight threw down its silvery gray hue, casting shadows as Sydney walked from the training center to her dorm. She kept a watchful eye as more and more students disappeared into doorways or behind closing curtains. She had been down this path more times than she could ever care to count, but tonight felt different. She wasn’t just by herself. She was alone.

But not really. Off in the distance, someone emerged from behind a building. Sydney didn’t stop, but her stride hiccupped as the paranoid thought that whoever it was could run to her, fast. Could get her. So she regained her step and picked up her pace. But the person kept moving toward her. Closing in fast.

There was no one else around now. Just Sydney and this person. She could see her dorm, where lights flashed behind drawn curtains and blinds. End-of-semester reverie. Sydney fumbled for her keys, cursing. Dammit, don’t look afraid, she hated thinking. This was getting ridiculous. She was Sydney Miller for Christ’s sake. She turned to face the walker. Stalker.

There was no one there. Sydney looked around. She wondered what was going on.

Unnerved, she stepped backwards and glanced to the left, then to the right. No one. She turned to the door and jammed her key into the lock, where it stuck. Her eyes rolled as she wiggled the key and turned the knob, cracking the door open. Looking up, she screamed. A reflection in the glass. Directly behind her. Running. She spun around, terrified.

The stranger stopped and backed away a few steps.

“Woah, woah, woah! Sorry, forgot my key!” Some freshman girl. She wriggled past Sydney and inside the building.

“No prob—” Sydney started to say, but the girl was halfway up the stairs and not even remotely interested. Loud music, laughter, and yelling spilled through the door. The party permeated the air.

Sydney watched as the heavy metal door to the stairwell, with its tiny square of wire-meshed glass, closed with a substantial click.

“You’re welcome,” Sydney said sarcastically. She felt more on her own, surrounded by the sound of a party she was not going to, than she had shuffling across campus. She shook it off. There’d be plenty of parties, one day.

She heard a noise at the door behind her and turned to see what it was. Probably a student hoping to sneak in to the dorm. But there would be no need for sneaking. Someone was already inside.

He was bigger than her, with a wide stance. And a mask.

The mask, made of silver and bronze, was a sickening amalgamation of the comedy and drama faces so well-known in the theater world. One half of its shiny silver surface was twisted into a sort of smile, one that looked gleeful after doing terrible things. The other turned downward, as if that same grin had melted away in pain and despair.

Nothing good could come of this.

He rushed toward Sydney, frighteningly fast. Shocked and confused, she felt his fist connect with her throat, hard. The impact shattered delicate blood vessels, bruised her larynx, and sent her spinning back to the concrete wall. Her head snapped against it, causing more pain and a momentary dizziness that brought flecks of light, like tiny sparklers, to her vision. Breath became a torturous mix of searing pain and the metallic taste of blood. She panicked, fearing suffocation, and emitted a tragic rasp. Crying hurt, but she couldn’t stop the tears.

The stranger pulled a polished silver blade from under his dark overcoat. Dear God, Sydney thought, it’s actually gleaming. The glare brought her back to cohesive thought. She had to do something, and do it fast.

I will not die here, she thought. Not tonight. 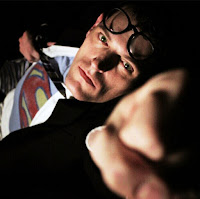 Born and raised in Upstate New York, Thommy graduated from UCLA and launched his career co-writing the story for the Warner Bros. animated hit SCOOBY-DOO IN WHERE’S MY MUMMY? He followed that with co-writing the concept and additional material for CHILL OUT, SCOOBY-DOO!

His career then took a thrilling turn when he wrote and produced several definitive genre film retrospectives for television and home entertainment: SCREAM: THE INSIDE STORY, NEVER SLEEP AGAIN: THE ELM STREET LEGACY, MORE BRAINS! A RETURN TO THE LIVING DEAD and HIS NAME WAS JASON: 30 YEARS OF FRIDAY THE 13th.

He was also a staff writer on Hulu’s daily web series “The Morning After,” a smart, witty, pop culture program aimed at getting viewers up-to-date on the latest entertainment news and celebrity interviews.

Continuing his passion for uncovering the stories behind the story, he went on to produce CRYSTAL LAKE MEMORIES: THE COMPLETE HISTORY OF FRIDAY THE 13th, which is the most comprehensive look at the popular film franchise.

As an author Thommy crafted a limited-edition coffee table book detailing the making and legacy of Wes Craven’s 1984 classic A NIGHTMARE ON ELM STREET. A trade version distributed by Simon & Schuster reached number one in Amazon.com’s Movie History & Criticism category. He also has a deal with Vesuvian Media to write a YA thriller trilogy with the first book due out spring 2017.

He produced and made his feature directorial debut with THE ID, an independent psychological drama/thriller. Filmmaker Magazine stated it was “a deeply unsettling thriller that’s as moving as it is frightening…with skillful, provocative direction that has echoes of early Polanski.”

Most recently, Thommy wrote the screenplay for CineTel Films’ supernatural horror film TRUTH OR DARE. He is also directing, writing and producing a documentary with Clive Barker’s Seraphim Films in addition to developing other film and television properties with the company.

As an author, he is currently writing another book that definitively details the history, making and legacy of another fan-favorite genre film from the 1980s.

A member of the Producers Guild of America, Thommy continues to develop unique, compelling and provocative projects across multiple genres for film, television, publishing, and home entertainment through his company Hutson Ranch Media. 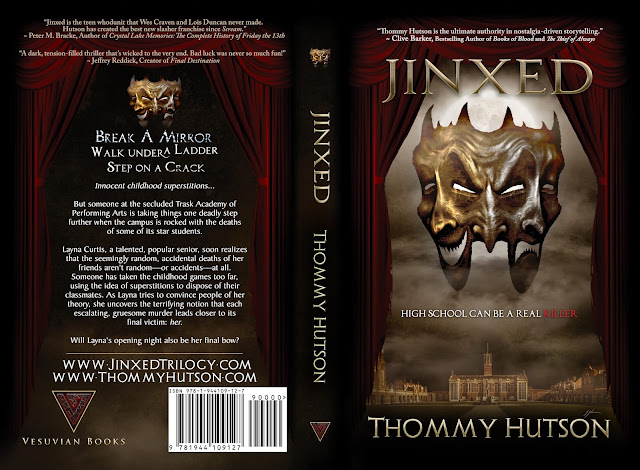 Email ThisBlogThis!Share to TwitterShare to FacebookShare to Pinterest
Labels: horror, New Release, YA