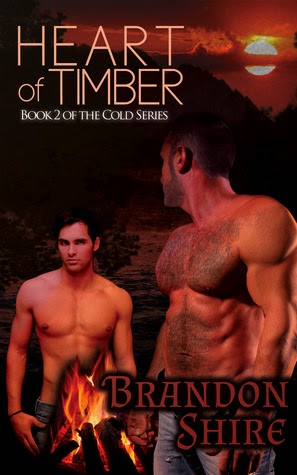 Congratulations to Brandon Shire on being my first review of 2014 - yay!

*ARC provided by the author in exchange for my honest review

Heart of Timber follows on from where the first book Cold, ended leaving me yearning for more of the amazing character Lem. I just adore him and he is, for me, an all-time best character ever in a book.

For those that loved Cold (and to be honest who could not love that book?) this next read could leave them a little perplexed and perturbed as H.O.T is not a typical romance follow up. Well Cold wasn’t a typical romance but I can understand people wanting this book to be a ‘hearts and flowers’ ending for Lem and Anderson. I’m not saying there wasn’t an HEA but more of a HFN.

I, for one though was applauding with glee that Mr Shire did not make this a ‘skip off into the sunset and slather me in gushiness’ follow up. Cold was too hard a read to have that thrown at me and give me that cop out. I needed it to be full of angst and frustration, I didn’t want their first meeting to be running into each other’s arms. They needed to go through their own pain of rebuilding their own lives before they could move on to building one together. After all if they didn’t go through that self-revitalisation how could they be in that place of acceptance to feel they had all that they had yearned for, which was to be with each other as free men. The relationship in prison was entirely different in multiple ways to how a relationship would work on the outside.

Anderson really struggled with life on his release and there was a whole lot of soul searching and mistakes he had to go through in order to accept his past and move the heck on. This was fabulously aided by his kick-ass sibling Gia, who was the driving force of making things happen for Anderson, ably abetted by her new gorgeous (and rich!) husband. It was wonderful to see Anderson establish a new relationship with his mother and I just loved how his mother took control of her own life due to developments in her children’s lives. Go Mama!

But for me the most special and rewarding parts of this book were with Lem. We finally find out the full details of his brother’s murder and Lem’s subsequent imprisonment. I did have a vague idea from Cold why this was but the truthful brutality was hard to read. It was also frustrating and again showed the selflessness of Lem, putting his own sufferance in prominence when all could have been fought and won so much sooner than it finally did, which only came about due to Gia and her husband’s wealth and contacts. Talk about miscarriage of justice! But this beautiful man was finally able to move on with his life with his simple dream of being in the forest. Yes, he wanted his Anderson with him but only if Anderson wanted to be there. It was an angst driven ride to watch the selfish and the selfless entangled in a war of will and wants. Lem was such a joy to read again and I loved to see his character grow even further – his sense of humour was endearing and had me snorting into the kindle.

I loved the teaser of Hunter and Dillon making a cameo appearance from Afflicted and how they were seen as a beautiful couple in love (they are and I love and miss those guys!)

Heart of Timber was another winner from Brandon Shire for me. Yes Cold was a 5 star plus read, but H.O.T is a well-deserved 5 stars. A wonderful emotive read that is hard-hitting and touches on the harsh world of imprisonment, the fight to re-establish into the heart of society and ultimately for second chances at life and love. 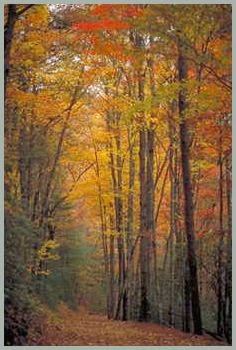