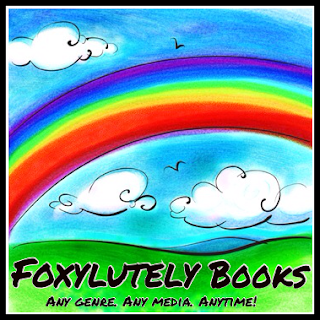 Foxylutely was founded by Mandie in 2012 who had previously blogged under the Bossy Boots blog from 2003 to 2010 (now defunct) which was a mixture of sharing her love of art and books. When authors began requesting reviews for their newly released books, it was decided to create a new blog purely dedicated to books and reviewing. For those who know Mandie she has a habit of saying 'absolutely!' if she loves something and as she likes her books sexy, sensual and foxy the word Foxylutely was born!

The blog was initially m/f but after reading a book that touched on m/m it created a new passion - these male/male books are so hot! However they also touch on subjects and issues that the gay community have so as a strong supporter of the LGBTQ it was a no brainer for Foxylutely to fly the flag and become a cross genre blog.

Mandie is a resident of the UK physically although she tends to fly off to faraway lands in her book world. With a full time job in finance it is a joy to escape to sexified places in a good book (or Kitty Kindle!)