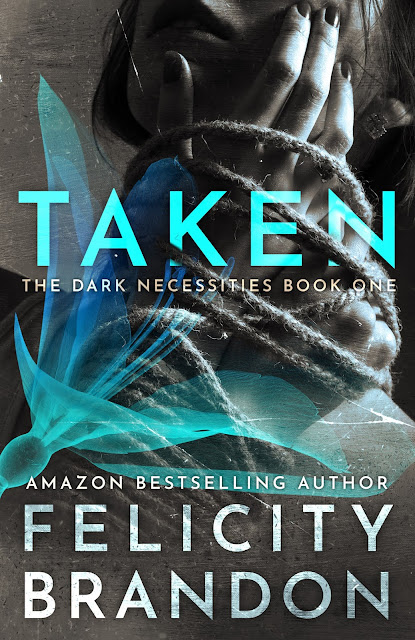 One obsessed fan. One captive author.

Lost on the streets of a foreign city, Molly Clary is attacked after a book signing until an unknown hero steps in to protect her. But Molly’s relief soon turns to terror when her savior’s true intentions are revealed. Connor Reilly doesn’t just want to save her, he wants to take her for himself.

Now Molly’s fighting, not just for her life, but for the essence of who she truly is. If she’s going to survive in Connor’s dark new world, she’ll have to learn to play his base games. But if Molly plays, what will it cost her? Can a monster ever really learn to love, or will his need to dominate destroy them both?

If you enjoyed the debauched desire of the Twist Me series, then you’ll devour Felicity Brandon’s edgy new trilogy.

*Taken is an edgy, fast-paced, dark romance and is the first book in The Dark Necessities trilogy. Molly and Connor’s story continues in Tamed and concludes in Entwined. 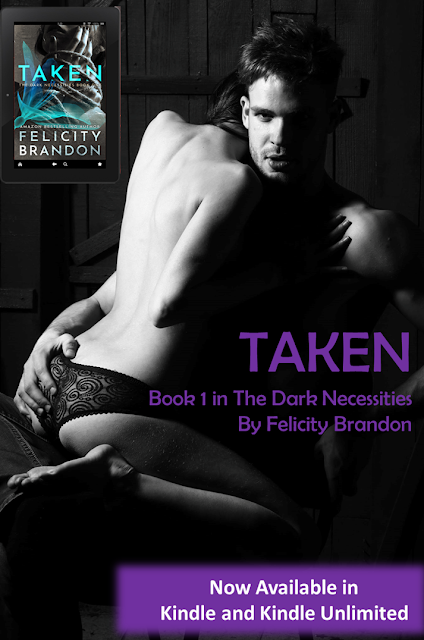 “Are you going to run, Molly?” His voice was calm, and almost amused as it questioned her.
She shifted her gaze to follow the sound of his voice, her face no doubt portraying her anxiety on the subject. “No,” she lied, her tone breathless.
“No?” he repeated back to her as he stepped forward out of the black shadows of the furthest corner. His right brow arched in the tantalizing way it did when he knew he was onto a winner.
“No,” she confirmed, shaking her head for good measure.
He moved toward her laughing. “You could run, you know,” he went on, his gaze intense as his tall body loomed over her.
Molly blinked up at her captor. Free of her binds at last, she felt bolstered and no longer wanted to call him Master. She could never allow a monster like Connor to master her. “What?”
“You could run,” he affirmed. “If you wanted to? Your stories have always had an element of the cat and mouse about them, haven’t they, pet? I know you’d enjoy that, and if you didn’t already know, I love the thrill of the chase.”
Adrenaline spiked in her body as he spoke. Was he giving her permission to flee from him? Is that why he’d removed the chains? Was this just the latest game he wanted to play?
“Yes,” he answered her, although she was certain she hadn’t spoken the words out loud. “You can run, Molly, but you know if you run, I’m going to chase you, and you know I’m going to catch you.”
Her heart was pounding in her chest as she sat up straight beside him, pinning her wide-eyed gaze onto his. “Why are you saying this?” she mumbled. And how do you know all of this?
His smile widened, and he pulled up a box from nearby, seating himself beside her. “After all this time, pet,” he purred. “Don’t you think I know you by now? I knew you before we’d even met. I know what you’re thinking, Molly. You are quite literally an open book to me.”
She flushed, her head falling forward as though the admission was shameful. She was ashamed, because he was right. He did seem to know her. He knew what she was going to be thinking, what she wanted, and just how to control her. It was freaking infuriating.
“Look at me.” His voice was sterner, having taken on some of the quality which made the knot of anxious energy in her belly tighten. She complied, not wanting to rile the beast in him. Their eyes met, his mesmerizing green orbs utterly compelling. His hand came slowly to her face. Molly flinched out of instinct, but relaxed when he began to caress the side of her face with calm, gentle strokes. “This is your story, pet,” he mused. “Our story. If you want to run, then I am not going to stop you.”
“But you will chase me?” she whispered, her fear furling as simmering arousal at his touch began to flood her system. She knew she shouldn’t crave him, but she found herself leaning into the warmth of his hand. It was like a reflex. Despite the fact this was the same hand that had captured, and tormented her, it was also the hand that had rescued and comforted her – and pleasured her.
Connor’s chuckle resonated deeply inside of Molly’s body. “Of course,” he answered, his fingers tightening in her long dark hair. “I will chase you because you’re mine, pet. You belong to me now, we both know that, don’t we?” He hesitated as though he expected her to speak, but she merely blinked at him. Too terrified to respond. Too afraid of what her answer might be. “Molly?”
The sound of her name made her lips part. It was intimate, fanning the flames of her burgeoning need. “Yes, Master?” she said, her voice barely audible as she confessed the truth.
For a moment they just stared at one another, the admission lingering in the dank air around them.

“But that’s not the only reason I’d chase you,” he went on eventually. “I’d chase you because it’s what you want, Molly, isn’t it?” 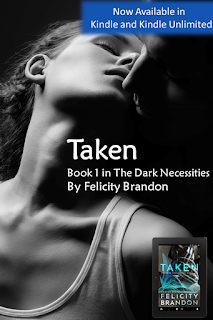 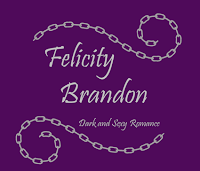 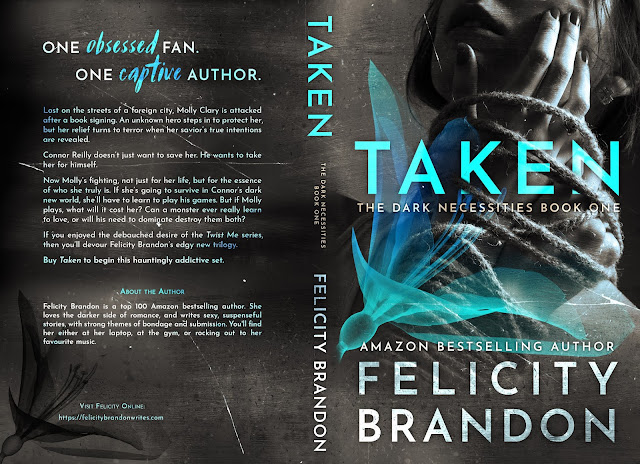 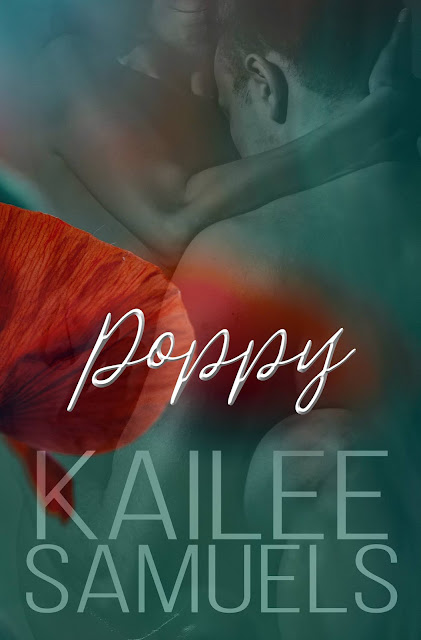 What do you do when the hand which held you becomes the touch you crave?

I’ve loved her for twenty years.
She’s a rare beauty luring with a dangerous high.
And I’m addicted.
I can’t get enough.

There is only one problem.
She is married to my father.
He’s an abusive asshole, destroying her down to the very root.

He won’t get another chance.
I’ll beat him to it.
And steal his precious drug—my princess—my Poppy. 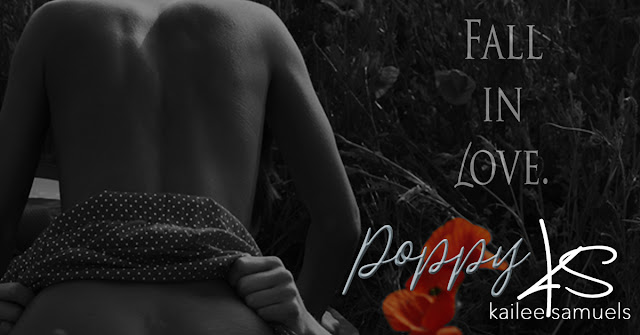 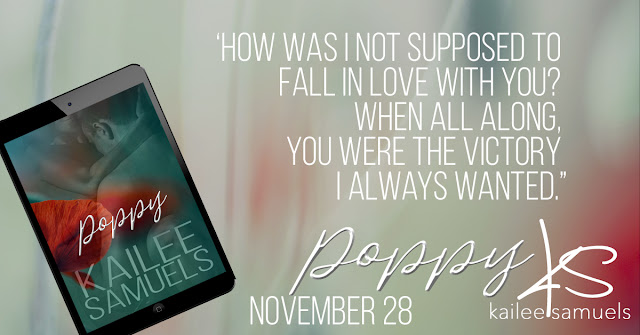 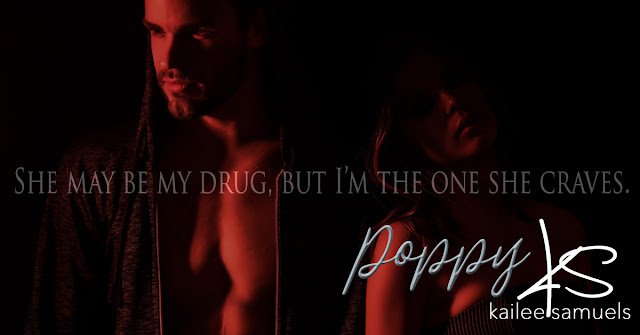 Kailee Reese Samuels has been spinning tales since she can remember. Her books are contemporary fiction with a no-holds-barred attitude. She adores listening to her character’s ramble and putting them into situations that push the boundaries.

Creativity is the way to change. 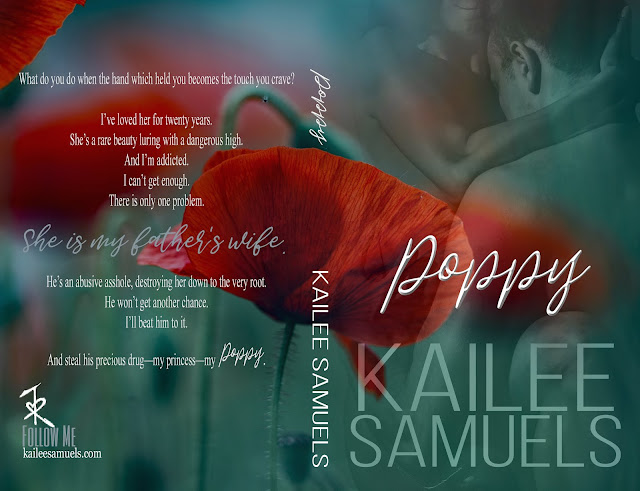 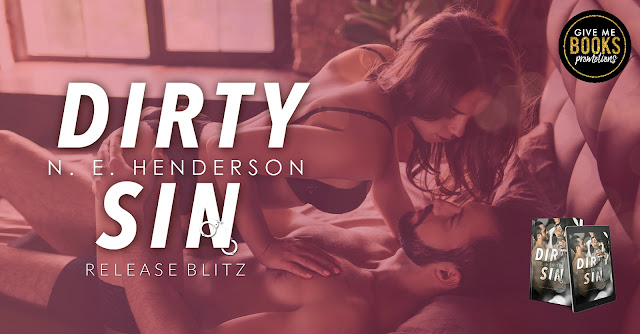 Vincent Acerbi
His name brings bile to my throat. Not because he ordered the hit on my life. The man makes me sick, makes fire course through my veins for all the damage he’s done to Drago—his son, my love, the father of my children.

In the end, he will know he crossed the wrong woman. I will bring that man to his knees if it’s the last thing I do.

N. E. Henderson is the author of sexy, contemporary romance.
When she isn’t writing, you can find her reading some form of romance or in her Maverick, playing in the dirt. 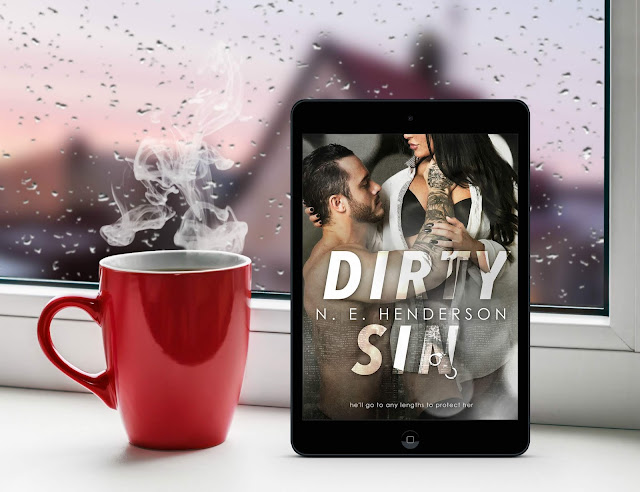