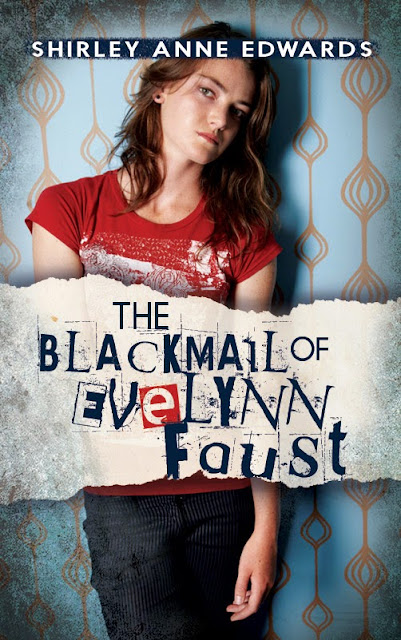 Evelynn Faust suffers from horrible insomnia and paranoia. The summer before her senior year of high school should be one of the best summers of her life. But she’s tormented by guilt and an addiction that haunts her every waking moment. Evelynn is a drug dealer who also craves the drug she sells. The money and the


popularity that come with it aren’t bad either. But when she’s caught dealing
on school property by Eric Wagner, the respected and admired police chief’s son,
the game is over.

He won’t snitch on her, unless she gives him whatever he wants - her.

Evelynn has no one to turn to for help. Not her parents who don’t understand her rebellious nature or her circle of friends who only care about partying and getting high. When Adam Tristen moves in across the street, and he wants to get to know her better, it all seems too good to be true.

She must make a pact with the devil.

Evelynn now looks over her shoulder wherever she goes, waiting for Eric to act on his threats. But Adam, the charming college sophomore, sees something special inside Evelynn, and he wants to help her fix mistakes. In order to do that she must confront a dark secret from her past that could destroy her family…her life…and her entire world as she knows it.

She must take a leap of faith.


Sweat caked my body. I shook even as I held my cell


between my ear and shoulder as I waited for Adam.


He remained on the line the entire time he drove,


talking to me, keeping me sane. I didn’t tell him about Eric. It would be
better to tell him to his face and hope he didn’t freak out.


The sounds of tires rolling over crushed gravel met my


ears. A few moments later, his tall, beautiful dark-caramel body came into
view, and I crawled out of my cubby hole. Adam rushed over to me and pulled me
in his arms. He smelled so clean, as if he had just taken a shower. I didn’t
even want to know how I smelled.
“Are you okay?” he asked, cupping my face.


I shook my head and burst in tears. He held me tight


where a brick shed stored sports equipment. We were all alone, surrounded by
long grass, weeds, and broken concrete that hadn’t been paved in years since
the main parking lot was used in the front. The car windows were down, letting
a hot breeze in. Adam wanted to take me home, or to his house, but I told him
no. I wasn’t sure what I would face there. So, we suffered from the heat, or
rather I did. Adam didn’t seem to mind as he held me in his arms and whispered
in my ear.


I wiped my swollen eyes, staring down at my lap. My


wrists and arms were covered in red from my sunburn, including a rainbow of new
colors.


“Someone hurt you. Tell me who did this to you.” He


rubbed the pad of his finger over the inside of my wrist. His thumb grazed the
side of my hand, sending a tingle up my arm. I wanted to feel the same on my
whole body, to erase the aftermath of Eric’s abuse.
“Eric and I had a disagreement about something.”
“Evelynn,” Adam murmured. “What did he do to you?”


palm on mine. The breeze whipped through the car. I closed my eyes, wishing I
was lying on my bed in the cool darkness even with the annoying streetlamp
shining through my bedroom window.


“He didn’t rape me if you’re wondering. I stopped him


before he could. He found out about me and you, and he got very angry. He said
awful things about you, and I flipped out on him. He-he…threw me on his kitchen
table and almost—” I rubbed my face on his shoulder and inhaled his clean
scent.
“You were at his house?”


I nodded. “I visited Tink’s earlier in the day to meet


some friends. He saw me coming out from there, but I think he followed me. I
was so stupid to think we could talk. He was being nice for a change. I went
over to his house to have lunch, and he became mean.” I dropped my head in my
hands and groaned. “I messed up big time, and I don’t know what to do.”


Adam rubbed his cheek over mine. “You can trust me.


The moment of truth had arrived. I couldn’t lie


anymore. “My cousin Jenn and her boyfriend were arrested yesterday on
possession of drugs and selling them. They’re involved in a network of drug
trafficking in the area where they sell not just to high schools but to the
middle school and maybe younger. The reason I’ve been on and off with Eric is
because he’s blackmailing me. He caught me dealing a few months ago in the
parking lot of the high school. Unless I become his girlfriend, he’ll tell his
father about me.” I shook my head. “I-I’m so dead.”


Adam stared out the window, pulling at his bottom lip.


I scraped the side of my thumb nail where the skin was rough from all the
biting and picking I’d done.


never speak to me again.”


He sighed, and I went to open my door. He drew me into


his embrace. His mouth brushed the side of my neck, and he cursed, holding me
until I turned my head and looked at him full in the face. Our noses almost
touched. I pressed my palm on his head, enjoying his short curls and how they
felt through my fingers as I tugged on them.


“No more lies between us. Okay?” He lifted his hand to


my head, mimicking my touch.


“I promise you, no more lies. I’m all tapped out with


“Like me?’ he asked, his breath a whisper on my mouth,


a tangy scent I wanted to inhale.


“Yes. You’re everything I’m not. Honest, good, and


sweet. You make me want to be a better person.”


“I think you’re sweet, but just misunderstood,” he


“Misunderstood, huh? I’d rather just be sweet.” I


moved closer, wrapping my leg around his waist until I almost sat on his lap.


He gasped and his mouth brushed mine. “Not quite good,


That made me smile. He then gave me one in return and


kissed me as I’d been dying for him to. He nipped my lips gently, prodding
slowly, erasing Eric’s harsh kiss until I ended up panting, wanting even more
of his kisses…his touch all over me.


“Hold me, please. I need you,” I whispered, sliding my


hands beneath his shirt to feel his stomach and the muscles there that jumped
under my circling fingers.


“Hush.” I kissed him with a deep intensity and


demanding hunger. “Don’t let me go. I feel clean when I’m with you.”


Straddling his hips, I locked my thighs around his


until he moaned. His hands skated up my legs and higher until I gasped, dizzy
and punchy as a tide of emotion brought happy tears to my eyes. 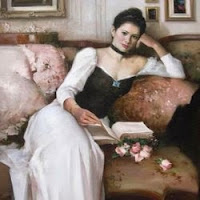 Anne Edwards is a Northeast girl who first found her love for books when she
read Nancy Drew's The Secret of the Old Clock Tower at thirteen. Shirley found
her love for writing at a very young age, and since then has let her
imagination run wild by creating quirky characters and vast worlds in her head.

ANYTHING that makes you smile."

For more information about Shirley and her writing journey visit her at:

Email ThisBlogThis!Share to TwitterShare to FacebookShare to Pinterest
Labels: Spotlight, YA