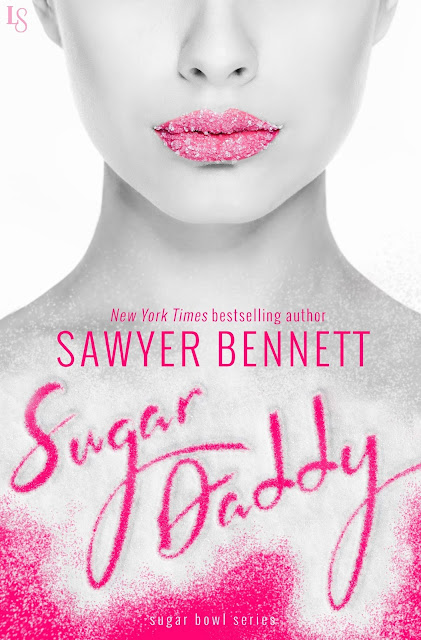 “This book devastated me in the most wonderful way,” raves Meredith Wild.

In Sugar Daddy, the New York Times bestselling author of the Cold Fury series proves that vengeance is sweet—but seduction is to die for.


Sela Halstead lost her innocence in a way that no sixteen-year-old should ever have to endure. She’s spent years trying to forget that night even while wondering about the identities of the monsters who brutalized her—until a telltale tattoo flashes across Sela’s TV screen. The incriminating ink belongs to Jonathon Townsend, the millionaire founder of The Sugar Bowl, a website that matches rich older men with impressionable young women. Obsessed with revenge, Sela infiltrates Townsend’s world, only to come face-to-face with a tantalizing complication: Beckett North, his charismatic business partner.

The tech mastermind behind The Sugar Bowl, Beck always gets what he wants, in business and in bed. And yet, for a man who’s done every dirty thing imaginable, there’s something about the naïve, fresh-faced Sela that sparks his hottest fantasies. Because with her, it’s not just about sex. Beck opens up to her in ways he never has with other girls. So why does he get the feeling that she’s hiding something? In a world of pleasure and power, the shocking truth could turn them against each other—or bind them forever.

This is the first book in the Sugar Bowl series and I must warn all there is a massive cliffy at the end of this one. But what an absolute gob smacking one it is! I loved this book and cannot wait to read the others (next one due out in August so not too long to go – eek!)

Sela Halstead is out for revenge but on her way to extract that revenge she meets gorgeous Beckett North. Never one for investing her feelings in the minimal relationships she has had, she finds herself reacting to Beck in a totally intense way she had never experienced before. Her initial plan to use him to help her get to her goal is tested and tethered the more she falls for this sexy co-founder of The Sugar Bowl.

I loved how the reader was drawn into the dark past of Sela at the first point. This helped me to get under her skin and understand her reasons for her deadly plan, however it was still a shocking plan. Beck on the other hand was an instant draw and his strength of character, raw sexiness and his beguiling ways just pulled me right under his spell. Initially I didn’t realise that this was going to end on a cliffy so as the story was reaching the end I kept thinking how the heck a HEA was going to fit in. But then we got to the end and it actually made me gasp out loud and shout ‘NO!’ Oh wowzers what an epic state of play to end on.

The interactions and intensity of the deep and glorious passion between Beck and Sela was off the charts hot, romantic and awesome. This story has everything from the romance, erotics, suspense, drama and a deep despise for the antihero, JT. Boo hiss.

From the start I was invested in the storyline and it is one of those reads that just cannot be left even for five minutes. I had to know everything now. Even with that massive shocker of an ending I wouldn’t have wanted it any other way. It just made it all the more exciting and dramatic. I am so looking forward to the next book Sugar Rush and then the of course the final book, Sugar Free. What an amazing start to a brilliant new series. Five sugar stars!

*ARC kindly provided by the publishers, Random House Publishing Group, Loveswept via Netgalley in exchange for my honest review

New York Times bestselling author Sawyer Bennett is a snarky Southern woman and reformed trial lawyer who decided to finally start putting on paper all of the stories that were floating in her head. Her husband works for a Fortune 100 company that lets him fly all over the world while she stays at home with their daughter and three big, furry dogs who hog the bed. Bennett would like to report that she doesn’t have many weaknesses but can be bribed with a nominal amount of milk chocolate.