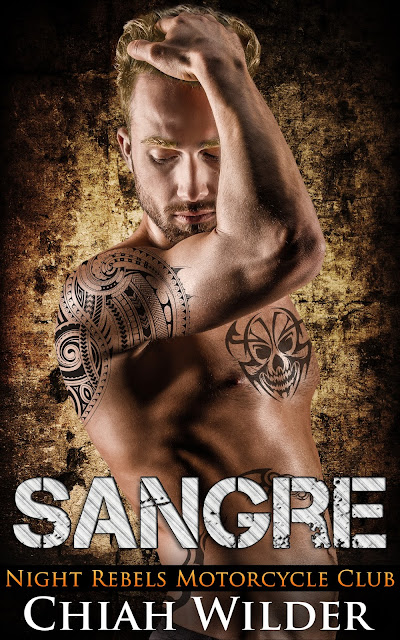 When Sangre, the tatted and built officer of the Night Rebels MC, agrees to be the bodyguard of Isla Rose, he has no idea what he’s in for. It’s just an ordinary gig: a bodyguard for a temperamental, difficult, diva who thinks a fan is out to get her.

Sangre doesn’t have time for drama and decides there’s no way he’s going to indulge the spoiled rock star. He’ll do his job and be out of there. Does he believe her? Not really. In his opinion the whole crazed fan scare is a ploy to garner more attention in the papers. But he isn’t there to analyze her, just play bodyguard until she goes back to LA.

But when he sees her on stage, the blue and red lights bouncing off her sequined jeans, he’s mesmerized. Then she starts to sing and her voice intoxicates and captivates him. The sound of her voice is thick and sweet like warm honey dripping over him.

In that moment he realizes this isn’t going to be any ordinary gig. He’s definitely screwed.

As he watches her, something familiar pulls him in. Something from his past….

Isla Rose’s life is spiraling out of control. She needs to relax and get away from all the hype.

So she runs away and finds a slice of peace in Alina, but it is short-lived. Creepy fan letters invade her peaceful oasis. At first she blows them off, but as they become more sinister, fear consumes her.

When she first lays eyes on her bodyguard, she can’t help but notice his tanned, muscled arms covered with wicked tattoos. The way women flock to him tells her he’s bad news.

A heartbreaker in a leather jacket.

She needs his protection and nothing more.

But she can’t stop him from invading her thoughts. The way he looks at her, she knows he wants to take her body then her soul.

And she hates to admit it, but she wants to give him her all. To make matters worse, he reminds her of someone from her past. Someone she yearned for in silence. Maybe she’s safer taking her chances with the creepy fan and forgetting all about the tattooed hunk who’s turning her life upside down. And that’s the last thing she needs right now.

*Sangre a standalone book in the Night Rebels MC Romance series. If you like rough-around-the edges alpha men who play, fight , and love hard, then this book is for you. Steamy loving, feisty heroine, and one bad boy lover. No cheating. HEA. No cliffhangers! 18 +. 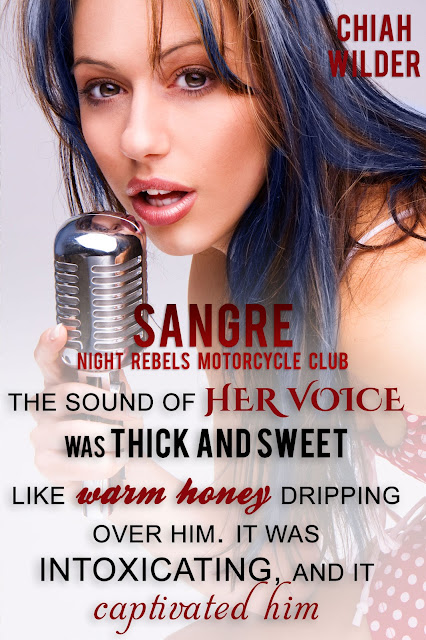 Chiah Wilder writes about rough, sexy men who know how to treat their women.

Always a lover of books, she began writing at a young age and continued through college with collections of short stories. Figuring she had to grow up and get a “real” job, her writing was placed on the back burner.

Her love of reading has always been center front in her life. Chiah’s love of bad boys both in and out of fiction has inspired her books. She loves an alpha male whose softer side is brought out by a passionate, spirited woman. In fiction there are no rules or boundaries, and fantasies can go as far as the characters want to take them. Steamy, romances with tough, sexy bad boys are her guilty pleasure along with brownies, cheddar cheese, and movie marathons.