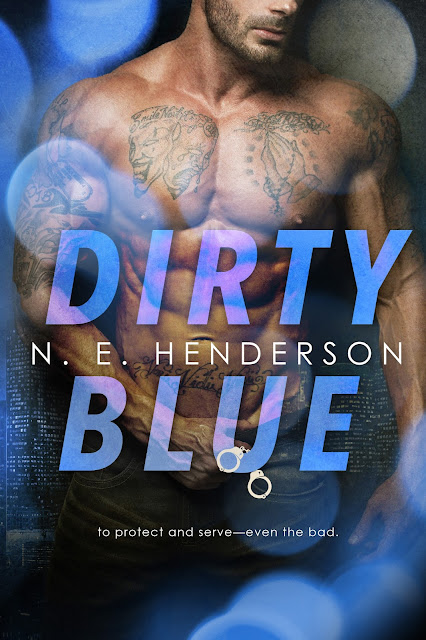 I've known his name a long time. You'd have to live under a rock not to know of the heartless and cruel reputation the Acerbi family has established. They are monsters cloaked in suits and ties, or so my colleagues in blue have said. Being on the job, you quickly learn to watch your back, trust no one, and as much as I hate to admit this, sometimes that includes a fellow badge.

But to want to kill your own child for being born? Now that's monstrous. Unjust. And something I will not stand for. I'll take him down before I allow an innocent to be harmed.

Even if that means not only taking on the most dangerous family in Southern California but bringing down the drug lord they're in bed with too. 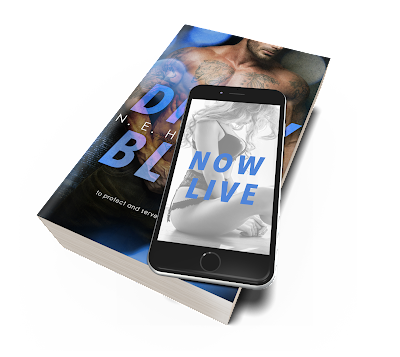 “If you’re here to nag me, please leave. I’m not dealing with your cop shit today.”
“Why not? I would think the sooner you answer my questions, show me anything I want to see, be honest with me, the sooner I’ll be out of your hair. I’d have thought that would be something you would want. Don’t you want to prove your innocence?”
“You don’t have shit on me and we both know it. If you did, I’d be in handcuffs, but I’m not, am I?” It’s not a question he wants a response to and he doesn’t stop to let me give one even if I wanted to. “You think I’m dirty, your boss thinks I am, so what? I don’t give a shit, Bri. You’re not going to find anything because there is nothing to find.”
“I don’t think you’re dirty,” I defend myself, quicker than I realize what’s coming out of my mouth. Sure, it’s my job to find the evidence if it exists, but my gut has known from the day I met him he wasn’t dirty. And I don’t think he’s a drug smuggler. I do think he’s keeping something a secret, but I don’t think that’s it. Something isn’t right about this case. I’ve felt that since my interview with Gabriel’s mother.
“Then why are you here if it isn’t to dig up something you think I’m dirty of doing?”
I move, taking a step into the room, getting closer to him and not for a professional reason. His remark hit something inside me and not in a good way.
“D,” I sigh, taking another step. “This is my job. A case that involves you was assigned to me. My job is to determine if there is any validation to the accusation against you. I am going to be thorough in this investigation whether you like it or not.” I tap my index finger on his desk to drive my point home. “But at no point”—my own anger starts to seep out of my voice—“did I ever give you the impression I thought you were dirty.”
I’m getting mad and I’ve never shown emotions or lost my composure on the job before. The fact that I am now, with him, is only agitating me.
His dark eyes cut away from me, but I see the moment his temper takes a step back. After another second, he looks down.
“The first day we met, you told me you thought I had an illegal business relationship with Diaz.” His eyes glide up. “Are you saying that’s changed? You no longer think I’m in bed with the Mexican Devil?”
This is what I didn’t need. The lines between us are more blurred than I thought.
He’s right; I did say that. It was a tactic I often use. A tactic I wanted to work on him, but it didn’t.
My knee touches one of his, startling the both of us. I didn’t even realize I’d moved this close. I’m too close and I shouldn’t be in his personal space. I know better, yet I’m not taking a step away.
“I’ve heard a lot of things about your family, mostly of your father through others on the force, but I never believe anything as truth until it’s proven. Until I see it for myself.” I place my palm on his shoulder. “The first day we met, something told me you weren’t bad, or dirty, as you said. I don’t judge without knowledge, without the truth, Drago. And right now, for some unknown reason, I don’t believe you’re guilty of all the accusations that have been made.”
The next thing I know, I’m in his arms and he’s out of his chair, standing. In a quick move, I’m placed down on his desk, on top of sheets of paper while his lips come down onto mine in such a soft manner it contradicts the aggressive way he just handled me.
I smile against his mouth, not able to hold my form to his. I like this way too much. Who knew rough and gentle could go together so well?
Still . . . This can’t happen. Again.
I go to put my hands on his chest to push him away, but he anticipates my action, quickly pushing them down. Drago then leans in closer to me, pushing my chest backward, making me strain to stay upright. His hand comes down on my dress pants, parting my thighs where it eats up the remaining space between us.
“Dra . . .” I try to say his name between our lips, but it comes out more like a moan when his other hand goes inside my suit jacket, cupping my waist.
Shit. I do not have a handle on this at all.
“D,” I finally get out, pulling away from him and successfully getting my hands on his chest, but when I push, he barely moves. Instead, he has my wrist in his hand, quickly pinning it to my back and holding me from falling at the same time. Next, my other wrist is in the hand that leaves my waist and before I know it, it’s also behind my back. A second later, my eyes widen at the realization that he’s cuffed me—with my own fucking handcuffs that were stashed between my back, clipped over my pants.
How the hell did he do that? 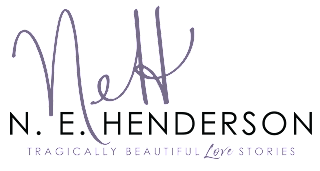 N. E. Henderson is the author of sexy, contemporary romance. When she isn’t writing, you can find her reading some form of romance or in her Maverick playing in the dirt.

She was born and raised in Mississippi where she currently lives with her husband, son, and their Bull Terrier, Xena. She loves to hear from her readers so if you connect on social media or if you meet her at a signing you can call her Nancy.

When Nancy was way too young to watch shows like Knot’s Landing—which she was—she watched a mini-series called Lucky Chances and fell hard for a heroine from Jackie Collins Santangelo series. Years later . . . but not too many years later (in 8th grade), Nancy came across a book called Chances in a small vintage bookstore in her hometown. The rest is history. A love for reading was born. 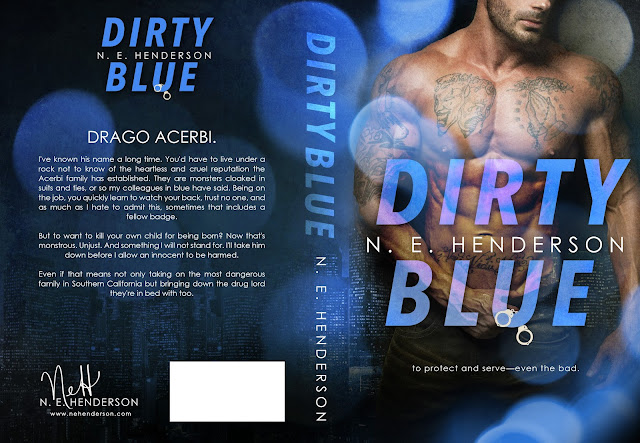