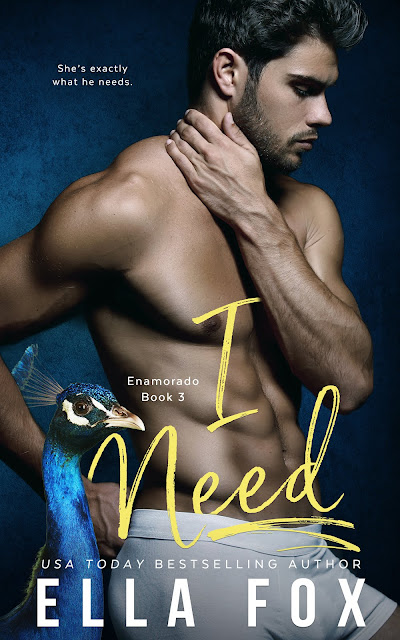 She's single and not ready to mingle.

After the end of a months-long relationship with Mr. All Wrong, Emery Bellerose isn’t looking for love. In fact, it’s the farthest thing from her mind.

With the paparazzi camped outside of her house she has no choice but to stay next door with the new neighbors. That's when Emery meets the man who makes her feel things she never knew she could.

He's alone and wants to keep it that way.

Four years ago Spanish heartthrob Rafael Cruz’s life crashed and burned in a way he's never recovered from. With his ability to trust obliterated he vowed to stay single and unattached forever.

But you know what they say about best-laid plans.

What’s supposed to be an uneventful family vacation in Malibu becomes a game changer thanks to Elvis, the meddling peacock no one realizes is playing matchmaker.

“You’ve already got one peacock, Emery—there is no need for another. What you need is a man.”

The intensity in his gaze heated my blood. I bit my lip as I cocked my head to the side. “Are you applying for the job?” I asked.

“I am,” he said. Sitting up straight, he leaned in closer and slid his hand behind my neck.

There was a rightness to the way he held me, something I’d never known could be felt between two people. His hand cupping the back of my neck gave me all of the feels— as did the sensation of his warm breath against my lips as he hovered above me. His eyes stayed locked on mine as he held still, and I realized he was waiting for me to give him the green light. I nodded once, my stomach fluttering at the relieved smile he gave before he kissed me.

Obviously I’d been kissed before, but when Rafael was the one doing it I realized I’d never been kissed well. I’d never felt more treasured than I did with one of his hands at the back of my neck while the other cupped my cheek. I raised my hands to his shoulders, sliding one around the back of his neck as he deepened the kiss. The first touch of his tongue against mine was electric, so much more than I’d ever known the act of kissing could feel like.

The heat and taste of him was so incredible that I couldn’t contain a moan as his tongue glided against mine. I shifted forward in an effort to be closer to him as my right hand trailed from his shoulder to his abdomen. The fingers on my left hand were busy running through his silky hair and still, I wanted more contact. I tried to get closer but without stopping the kiss, there was no way— and I damn sure wasn’t stopping. Either he sensed my frustration or he felt the same because the next thing I knew he’d dropped his hands to my waist. He lifted me up and into his lap like I weighed nothing, then groaned low in his throat as our upper bodies connected.

Ella Fox is the USA Today Bestselling Author of Consequences of Deception, The Hart Family series & many other sexy and exciting books.

Ella is an avid reader, lover of music and all around goofball. She grew up loving to read. That's not surprising considering the fact that her mom is USA Today Bestselling Author Suzanne Halliday!

Stay up to date with Ella by LIKING her on Facebook- she gives a ton of stuff away that you won't want to miss! 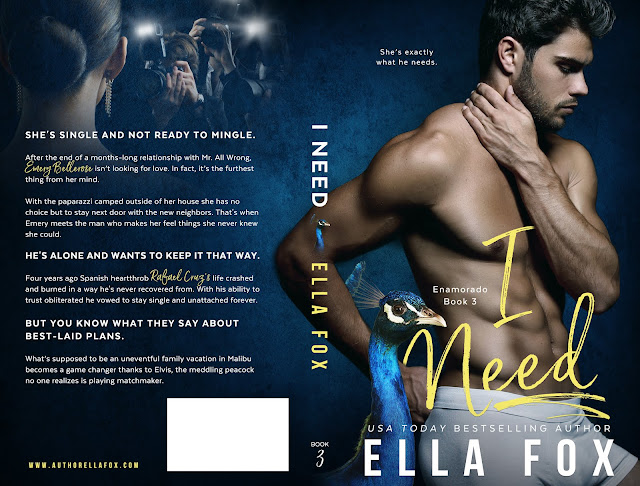