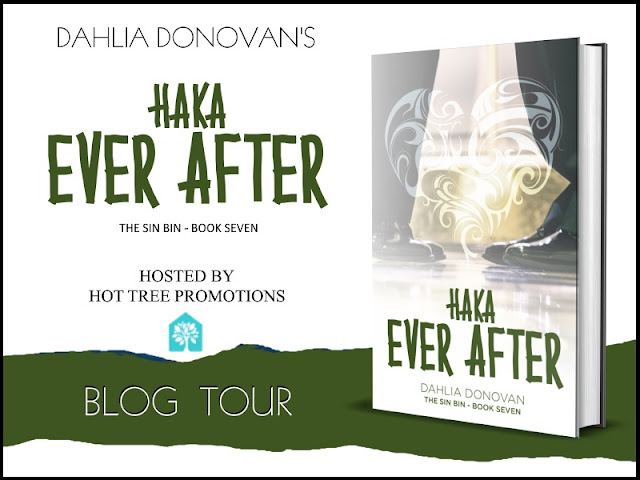 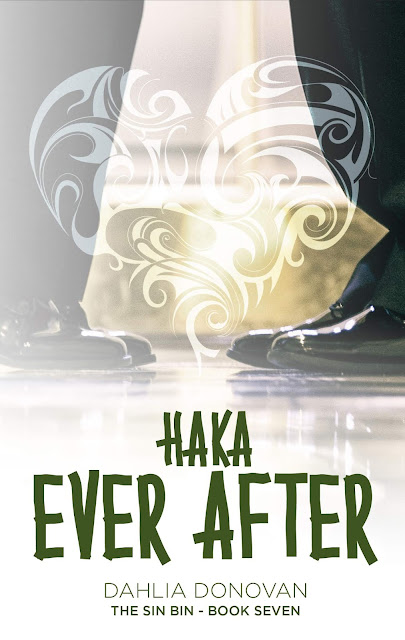 You are cordially invited to the Sin Bin wedding of the year—kilts required, undergarments optional.

Taine Afoa has faced opponents on the rugby pitch without an ounce of fear.  He hopes to find the same courage when asking the love of his life to marry him. First, though, he has to ask Freddie’s fathers for their blessing.

If Taine survives, popping the question should be a breeze.

Freddie Whittle knows Taine has something up his sleeve. A yes forms on his lips before the question is even asked. But can they survive the madness of friends and family, all wanting to help plan their wedding?

As their May-December romance tumbles into happily ever after, one surprise after the other brings them more joy than they ever imagined possible.

The short story Haka Ever After is the seventh (and last) book in Dahlia Donovan's international bestselling gay romance series, The Sin Bin. Each one features hot rugby players and the men who steal their hearts. 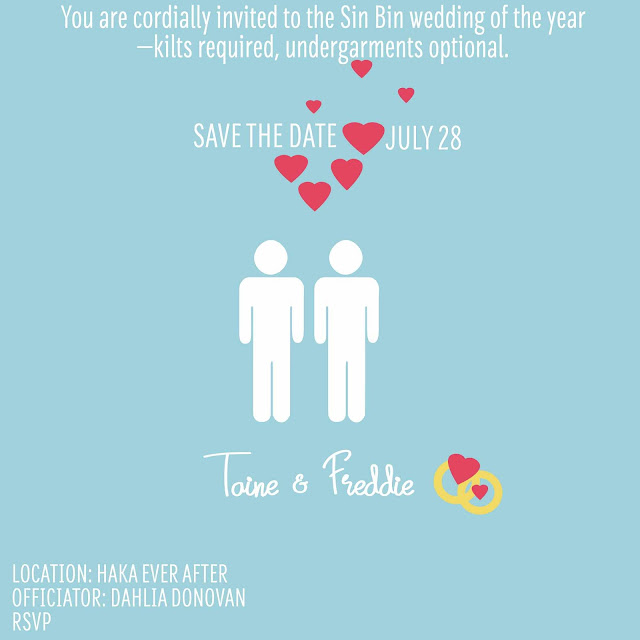 “Will you stop laughing? How am I supposed to keep an erection when you’re giggling like a mad hyena?” Taine Afoa sounded serious for all of five seconds before he broke out laughing along with his lover, Freddie Whittle. “Shite. Untie me before I hurt myself.”

The two men had been together for a while now. They were opposites in size; Taine was practically a giant compared to the slight Freddie, a young nurse who’d fallen head over heels in lust and then love with the Māori-Scottish former rugby player.

Freddie tried. He really did. If he could’ve stopped laughing, he might’ve managed to do more than lie on the floor trying to recall how to breathe normally. “Coc y gath.”

“Don’t say I told you so—and stop calling me a sheep’s willy.” Taine ground out the words after several minutes of breathless mirth. “Bollocks.”

It had been his idea.

Why don’t you try tying me up?

Truth be told, Freddie wasn’t all that curious to have the restrained shoe on the other foot, but no matter how much he tried to convince Taine, they still wound up trying it anyway. A memorable mistake that he wished he’d gotten a video of it.

It started fine. Taine got up on the bed and rested on his knees. With quite a bit of fumbling, Freddie managed to get the larger man’s wrists and ankles secured. He’d stepped back to survey his work, and the fit of giggles had hit him almost instantly.

Why is this so funny?

Freddie had no idea what set him off. The giggling eventually morphed into full belly-shaking laughter. He ended up on the floor with his arm clutching his waist.

“Are you going to untie me?” Taine asked patiently. “Can you manage the knots?”

Freddie dragged himself up off the floor and began to slowly undo the knots to release Taine. “Uhm.”

“What’ve you done?” Taine craned his head around as far as the position would allow. “You bollocksed up the knots, didn’t you?”

Other Books in the Series