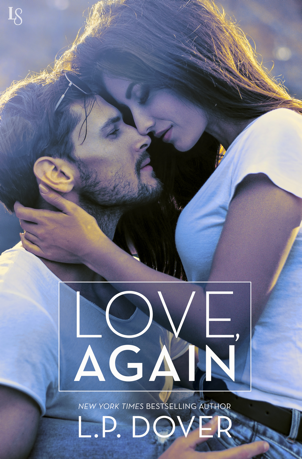 Sometimes all you need is a second chance ...

Aubrey Reynolds is a small-town girl who’s made it big.

A successful Hollywood director, Aubrey doesn’t have time to linger on what could have been.

But when a routine blood test comes back with a false positive, she decides to take some time off to do the things she’s always wanted to do: taste the famous chocolate chip cookies at the Minnesota State Fair, hike the Grand Teton National Park, scuba dive in the Caribbean.

But after Aubrey admits to herself what she’s really missing, she heads back home to Dusty Valley, Oklahoma . . . and the man she left behind.

Cole Haywood is a small-town fireman and that’s just fine with him.

Sure, when the love of his life left their hometown to chase her dreams he was heartbroken and—he’ll admit—damn mad.

But Cole would have never forgiven himself if he had held Aubrey back from success.

So the last thing he expects after all these years is to walk into his favorite bar one night and find the girl he’s always loved—there—looking for him.

Maybe now’s the time to make his dreams come true. 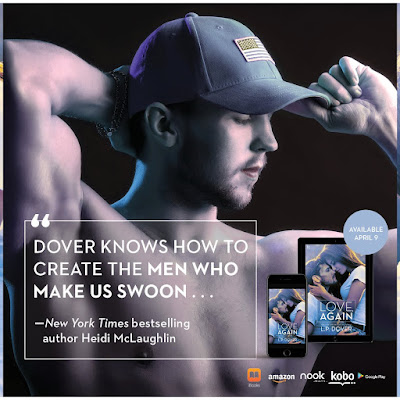 I always knew Aubrey’s path and mine would collide one day, but I definitely wasn’t ready for it. For years I closed myself off from my feelings, but the second she came into town, they all hit me in the fucking face. I’d seen her on TV, winning her many awards, but seeing her in person hurt on a deeper level. It killed me to walk away from her, but I was so damn pissed. Ten years of pent-up emotions that I hadn’t been able to deal with were bursting out of me. I didn’t know how to cope with it.
Pulling into my driveway, I slammed on the brakes and hopped out. My chest felt like it’d been ripped wide open. I stormed inside my house and went straight for the liquor, knowing it wasn’t the way to deal with the issue. Turning up the bottle of the whiskey, I gulped down a couple of chugs. It burned the whole way down to my stomach, but it took the edge off. I don’t know how long I sat at my kitchen bar, staring at the half-drunk bottle before my brother’s voice echoed from behind.
“Has she already driven you to drinking?”
I turned around, and there was my brother, standing in the kitchen doorway. Gaze narrowed, I slammed the bottle on the counter. “How could you not tell me she was in town?”
Bennett sighed and lowered his head. “I’m sorry. There was no time.” Then he looked over at me. “After I ran into her at the fair, I took her to where she was staying and we started talking. She told me the truth about everything. You need to let her explain.”
I threw my arms in the air. “Like it’s going to make me forget the last ten years.” When Aubrey said she was filled with regret and guilt, I was too. I’d hated myself for not doing what I should’ve done when she left. Grabbing the bottle of whiskey, I set it on the kitchen table and sat down. Bennett sat across from me, his accusatory stare right on mine. We both knew Aubrey wasn’t the only one to blame.
“You two have a lot of talking to do, brother,” Bennett said. “I understand if you’re mad, and that’s okay, but you owe it to each other to work this out.”
I shook my head. “We can’t just turn back time.”
Bennett’s lips pulled up in a sly grin, and he shrugged. “Maybe not. Then again, it might be best you move on for good. That way, I can have Aubrey all to myself. If you don’t want her, I’d be happy to take her off your hands. We both know I’m better looking.”

A feeling I hadn’t felt in a long time ignited in my veins. Jealousy. Bennett knew better than to take what was mine. And there it was . . . the stark realization hitting me upside the head. I’d tried to convince myself for years that I was over Aubrey, but in fact I was still in love with her, no matter how much I wanted to hate her for leaving. I hated myself more for not following her, even when she told me not to.

She loves to write, but she also loves to play golf, go on mountain hikes, and has a passion for singing. Her youngest daughter, who she’s also written a children’s book with, expects a concert each and every night before bedtime, usually Christmas carols.

Dover has written countless novels in several different genres, including a children’s book with her youngest daughter, but her favorite to write is romantic suspense. However, she has found a new passion in romantic comedy, especially involving sexy golfers. Who knew the sport could be so dirty and fun to write about.