Cover Reveal | Out Of The Red by Arell Rivers | #TBR #RockstarRomance

One impassioned argument.
One dominating kiss.
One unexpected moment that turns everything upside down.
And that’s only the opening act.

Brax has been on tour for a decade, and some may say he
swallows obstacles for fun. Well, maybe he does—he’s never encountered a riff
he couldn’t handle, a treasure he couldn’t score, or a woman he couldn’t
conquer. No one, especially not a buttoned-down rule-follower like the band’s
new tour accountant, is going to change him.

Accountant Sara Anderson is an unabashed stickler for
the rules…

Sara’s worked nine long years to make partner, and only one
thing stands between her and her goal—Hunte. Now she’s going on their tour to
whip the band into financial shape. So long as she gets them out of the red,
the promotion will be hers. Those bad boys of rock will be tamed, no matter how
yummy their lead singer is.

Passions collide, and lives are permanently altered, in this enemies-to-lovers, slow burn standalone romance set in the mid-1990s—when grunge ruled the airwaves and women partners were as uncommon as those new mobile phones.

His tenor voice bounces off all the surfaces in the room and skates down each one of my
vertebrae. “What. Is. This?”


It takes a moment to process the fact that the lead singer of Hunte stands in the middle
of my room, shaking my carefully planned budget at me. He’s more imposing than
he looks in photographs. His long, curly blonde hair is the only soft thing
about him. To buy myself time, I give him my back while I close the door with a
quiet snick. My partnership rests on this. On him.


Ignoring the electricity zipping through my body urging the silly fangirl inside of me to
touch him, I swivel on my heel and square my shoulders. Lunch will have to
wait. I extend my hand. “Hello Braxton, I’m Sara Anderson, your tour
accountant. Pleased to make your acquaintance.”


The world-famous hazel eyes that have spawned a few of my own daydreams—okay, maybe more than a few—cross as he looks down at my hand. “I’m sure you are,” he says,
shifting his gaze to meet my eyes.

For as long as Arell Rivers can remember, she has been lost in a book. During her senior year in college, she picked up a Danielle Steel novel … and instantly was hooked on romance.

Arell started writing her first novel because the characters were screaming at her to do so.
The story started coming out in her dreams and attacking her in the shower, so
she took to the computer to shut them up. But they kept talking.

Born and raised in New Jersey, Arell has what some may call a “checkered past.” Prior to
discovering her passion for writing romance, she practiced law, was a wedding
and event planner and even dabbled in marketing. Arell lives with a very
supportive husband and two mischievous cats. When not in her writing cave,
Arell is found making dinner in the crock pot, working out with Shaun T or
hitting the beach.

Arell is a PAN member (Published Author Network) of the New Jersey chapter of Romance Writers of America. 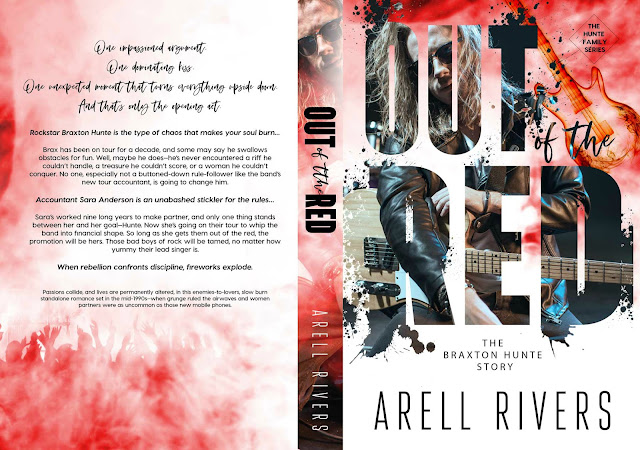