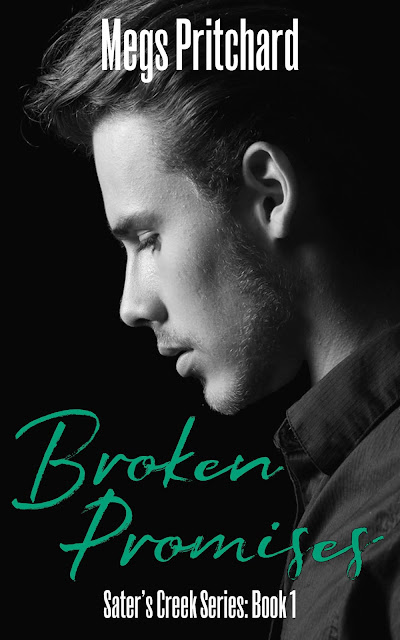 Andrew Buchanan had been keeping a secret, one he kept from his family until he was on his deathbed. Now the responsibility of telling his other family that he’d gone was left to Nick. So Nick traveled to America, unsure of what to expect but hopeful for the future. Enter his half-brother Chase, who was so angry and filled with hatred he wanted nothing to do with Nick and left him in no doubt of his feelings on the matter.

The only ray of sunshine was Chase’s closet friend, Brad. Nick was instantly drawn to him, but given how things were with Chase he was firmly on the ‘don’t touch’ list. Brad was hooked the moment he saw Nick but had to put those feelings aside to try and help him win over his new family.

Spending time with Nick, only made Brad want him more, a feeling he was sure Nick returned. However, he couldn’t give in to the temptation because he knew it would ruin his friendship with Chase.

Their attraction, however, couldn’t be denied and one day the inevitable happened, Nick and Brad crossed a line they both swore they wouldn’t. Could their relationship survive, or would distance and loyalties pull them apart?

The wind buffeted the car, rocking it gently and causing the trees lining the driveway to sway. Nick sat, feeling the car rock, and sighed. He leaned his elbow on the window and rested his chin in his hand, seeing but not. His mind was elsewhere.

He sat, staring at the house. A beautiful, sprawling, ranch-style home, painted a pale yellow with white trim. He’d parked further down the driveway than necessary so he could check the place out. A winding path led from the driveway to the front door, with flowerbeds along it. Trees lined the land around the house and the attached two-car garage. It looked warm and inviting, yet Nick struggled to leave the safety of the car.


It had taken him thirty minutes to get here from his hotel. A drive fraught with nerves, but he’d made it. He’d liked the area too. Sater’s Creek was a nice place to live, and under different circumstances, he would love to come again, but that all depended on what happened next.
He’d been sitting there for ten minutes, trying to find the courage to open the car door and get out. Ten minutes trying to pluck up the courage to approach the house and knock on the door. To introduce himself to the occupants within. He couldn’t find the words, they eluded him, but he needed to if he were to do what he’d said he would.
He’d made a promise, given his word, but now that he was here, he wasn’t sure if he could follow through. Broken promises, words whispered, then scattered in the breeze. They had led him here to this place. A place he hadn’t known existed mere weeks ago. A place none of them had known about.
It should be him and his brother facing this together, but his sister-in-law was due to give birth to their first child any day now, and Danny couldn’t leave, not that Nick would have wanted him to. Danny needed to be with his wife.
And so he sat, staring at a house that held a future he knew nothing about. A future with people he didn’t know. People he should have known for almost all his life but was now about to meet for the first time. Nick tried to see it from their point of view but sadly failed.
Everything was different now, his plans altered. He’d suffered recently. The last six months had been difficult to overcome, difficult to comprehend what he’d experienced and how he had dealt with it. The devastating loss and the utter loneliness that followed. Even though his brother had been with him, the pain shared, he was still alone.
And now he was here, following the words whispered in the quietness of that room.
He dropped his head into his hands, closing his eyes. He was tired, bone-tired. His shoulders slumped with the weight they carried. The suffering, the pain, the loss. He wasn’t sure if he could ever walk upright again.
Breathing deeply, Nick lifted his head and blinked his eyes, staring out of the car window. Looking at the house, he knew he couldn’t stay in the car. He’d given his word, and he intended to keep it.
He opened the door and stood, slamming it shut behind him. He took a breath in, holding it, and closed his eyes. The wind moved over and through him. Cleansing him, or so it felt, but Nick didn’t know if he would ever truly feel clean again. That smell, one he’d smelled for months followed him everywhere, even here, thousands of miles away.
Releasing his breath, Nick walked towards the front door, wiping his suddenly clammy hands on his jeans. His heart hammered in his chest, so fast and loud, he was sure everyone around him would hear it. The safety of the car behind called him, and Nick fought the urge to stop, turn around, and walk away, but deep down, he knew he couldn’t, and so he continued, putting one foot in front of the other.
When he reached the door, he paused, staring at the yellow door. He had to do this. He’d made a promise, and he wouldn’t break it. Swallowing, he lifted his hand, staring at his clenched fist, and lowered it to his side. The door looked clean, pure. Nick didn’t know if he should soil it.
He leaned forward, resting his head on it, closing his eyes. His heart threatened to burst free from his chest, and his hands went clammy once again. He swallowed hard, opened his eyes and knocked on the door before he could stop himself. He’d come too far to turn away.
Pushing away from the door, Nick waited for someone to answer, breathing in through his nose and out his mouth, trying to calm his racing heart, his turbulent stomach. He didn’t have to wait long.
The door opened, and a man stood there, frowning. Older than Nick but not by much.
“Hello. Can I help you?”
Nick swallowed and cleared his throat. “Chase? Chase Buchanan? Son of Andrew Buchanan?”
The frown deepened as the man looked Nick over. “Who’s asking?”
Nick swallowed again and took a deep breath before answering, “My name’s Nick, and I’m your brother.”

Megs Pritchard lives in England and is a mother to two small boys who drive her crazy! When she isn’t working or being mummy, tearing her hair out or drowning her sorrows in alcohol, she is busy writing about complex characters that know the harsh realities of life but want a HEA.

Megs writes both contemporary and paranormal romance and is working on two new series for 2019: a paranormal shifter series, Salutem, and a contemp series, Sater’s creek. She might also be dipping her big fat toe into the m/f paranormal too!

Growing up in a military family, Megs has travelled Europe and has a great deal of respect and gratitude for all the men and women who have and who still serve. Her dream job was to be a Bomb Disposal Expert and even had her own ‘kit’ when she was younger, which her dad took away from her one day because he didn’t like tripping over the floss she was using as her trip wire. She thought it was a good idea. He may have also taken away her cricket bat too which she was using for Self-defence! 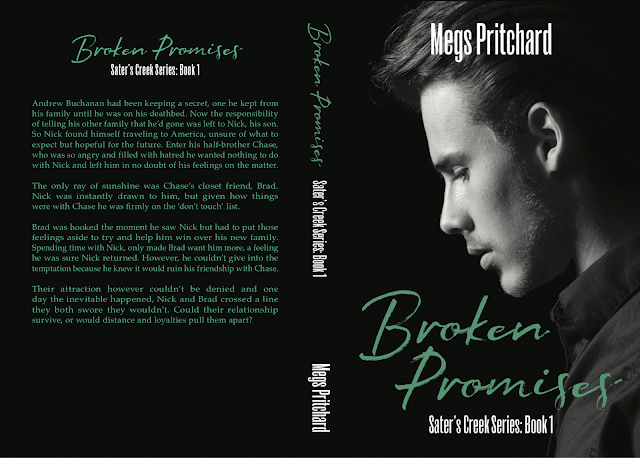