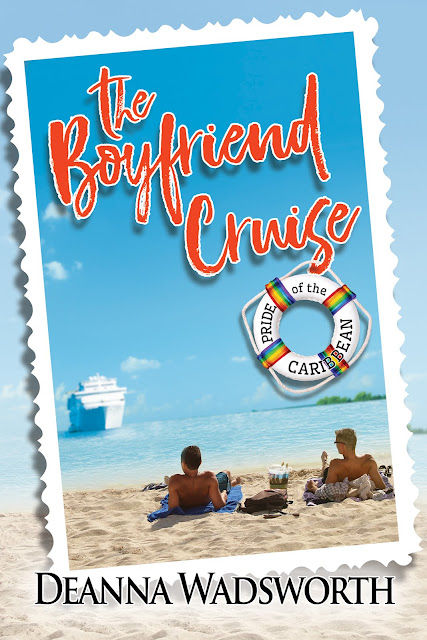 The Pride of the Caribbean is a cruise ship unlike any other. Paranormals working onboard the enchanted ship hide in plain sight, under the benevolent protection of a demigod captain and his fairy husband.

And this is a shipboard romance unlike any other.

Josh Gilbert’s well-meaning family booked a gay-friendly cruise for Christmas in order to find Josh a steady boyfriend. Hoping to escape the constant parade of bachelors—and the collapsible fishing rod dangling mistletoe his mom keeps in her purse—Josh takes solace in a growing friendship with the ship’s photographer, Nathan. Though Josh is falling for Nathan, he worries it will never be more than a shipboard fling.

Nathan recently became aware of his incubus heritage, and has finally learned how to control his demon side. But Josh has awaken more than just the demon's need for orgasms--Josh has awaken Nathan's heart. What’s developing between them is the real thing, but can Josh ever accept Nathan’s promiscuous past… and love a sex demon?

Deanna Wadsworth might be a bestselling erotica author, but she leads a pretty vanilla life in Ohio with her wonderful husband and a couple adorable cocker spaniels. She has been spinning tales and penning stories since childhood, and her first erotic novella was published in 2010. She has served multiple board positions at her local RWA chapter and is the current President 2017 for Rainbow Romance Writers of America. When she isn’t writing books or brainstorming with friends, you can find her making people gorgeous in a beauty salon. She loves music and dancing, and can often be seen hanging out on the sandbar in the muddy Maumee River or chilling with her hubby and a cocktail in their basement bar. In between all that fun, Deanna cherishes the quiet times when she can let her wildly active imagination have the full run of her mind. Her fascination with people and the interworkings of their relationships have always inspired her to write romance with spice and love without boundaries.