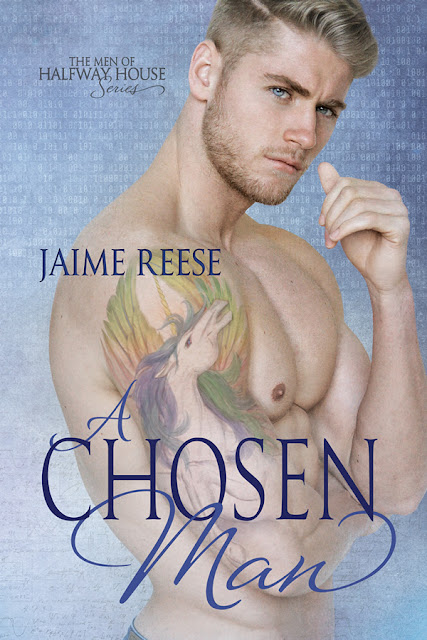 For Wall McCormack, actions speak louder than words. He’s giving and protective, loyal to his friends, and devoted to his job. While confident and powerful enough to conquer any challenge, his greatest strength lies in his calm nature. Until an unexpected assignment sends his world into a loud and colorful chaos he never could have anticipated.

Rejection. It’s something Dylan Vaughn has known his entire life. But he’s a tough nut to crack and refuses to break. Armed with a sharp tongue and brutal honesty, he pushes through life and at anyone who attempts to take him on. Except for the quiet guardian who piques his interest and dares him to want…more.

When Dylan’s past comes back with a vengeance and jeopardizes their growing connection, Wall will stop at nothing to protect the younger man and remain by his side. But convincing Dylan that someone accepts the real man behind the cocky facade might prove to be Wall’s greatest challenge yet.

With his freedom on the line, Dylan must trust the strength of their bond and confront the forces threatening their future. Only then will he realize the dream of acceptance is real and finally have a place to call home. 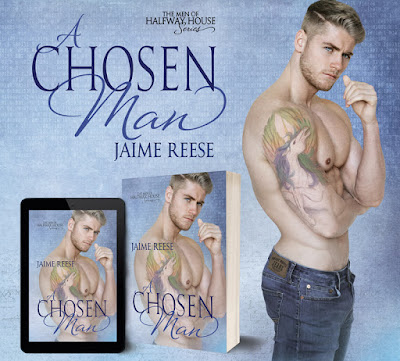 “You have other skills.”
“I doubt being bratty and having a smart mouth are next on the list of desired skills.”
“Why do you consider those two of your most glowing qualities?”
Dylan looked up. “Huh?”
“You mention them after your computer skills. So they are the traits you associate with yourself the most. Why is that?”
“Um…” Is that a trick question? “Because I have a smart mouth and most people say I’m bratty.” He should add snark and sarcasm as additional languages. Maybe that would beef up his resume.
“I’m not arguing that point,” Matt said with a ghost of a smile. “But it’s obvious you do it with a bit of…spite. So I’m wondering if it’s truly part of your nature or if you do it only because people expect you to.”
Dylan shrugged, not really liking the serious shift in the conversation. He didn’t know how to do this emotional chitchat crap, and Matt was in a sensitive state of mind after everything that had happened. He returned his attention to the book and flicked the edge of the pages against his fingertip, trying to busy himself.
“You’re not alone, Dylan.”
Dylan slammed his book shut. “Try telling that to all the nonexistent people standing around me.” He bit back his usual defensiveness. He saw something flash in Matt’s expression, but couldn’t peg exactly what it was. But he guessed Matt wanted to be his savior. Maybe it was his nature, and Dylan was probably wrong considering his track record with people, but he couldn’t help the feeling tugging at the back of his mind that this determination stemmed from what had happened to the other guys. “You didn’t fail, Matt.”
“What?”
“With the guys. The knife in the room. That wasn’t your failure. It was their choice.”
Matt frowned and ducked his head. He set his glass of lemonade on the ground beside the bench and clasped his hands together, taking a deep breath. “I could have guided them better.” Matt winced, probably realizing he had voiced that thought. “Robbie was at his father’s house for the weekend. Neil told the police that Robbie had mentioned his father would hit him when drunk. The knife was for protection. I should have—”
“Stop it,” Dylan said, with a little more force than he had intended. “How were you supposed to know something Neil told the police after the fact? Robbie didn’t share it with you, he shared it with Neil, and unless you’re a psychic, how the hell were you supposed to know that was happening?” Dylan shook his head. His people-meter might suck, but his logic-detector was fully functional. “You’re just like Sam. Not everyone wants to be saved. That’s a tough pill to swallow, but it’s part of life.”
Matt cocked his head. “Is that your story?”
“I don’t need saving.”
“No, you don’t. You’re obviously resilient as hell.” Matt turned on the bench seat to face him. “But don’t plan your future because of things in your past. Learn from them and consider them life lessons.”
“You should listen to your own wisdom. Don’t beat yourself up because the guys screwed up. That’s on them, not you. Consider it…a life lesson,” Dylan finished with a flourish of his hand and a raised eyebrow. “You offer more help than most, and if people don’t want to take it, then it’s on them.”
“Touché,” Matt said with a shake of his head and a hint of a smile.

“See? Told ya. I’m bratty with a smart mouth. Top of the list of my marketable skills. Tons of companies are going to beat down your door to hire me.”