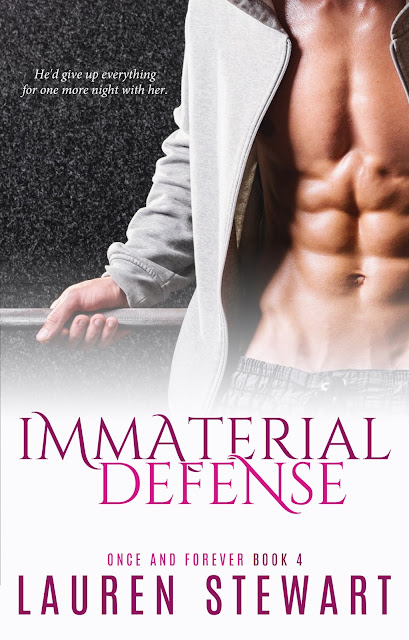 Every wanna-be rocker dreams of the day when crazed fans will pack their shows. But the more people worship me as some kind of musical god, the more I realize why singers are called "performers." I'm just a pretender. A fake.

I need something real. Something to break through the revolting glamour that's bled into every part of my life. And for one perfect night, I found that in Sara.

No sane woman would’ve ever walked away from Declan Hollis after only one night. But walking away from him was the safest move for both of us.

I've spent so much time burying my old self in the past, trying to erase the vulnerable person I used to be. I’m smarter now—men are dangerous, and relationships are doubly so.

But the more time I spend away from him, the more I want to go back.

I may end up shattered all over again. Or maybe, just maybe, he'll be the one to help me pick up the pieces. 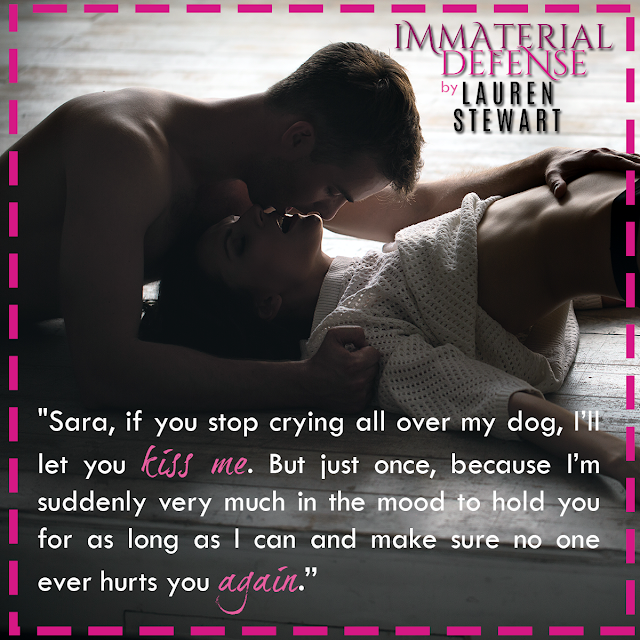 My bandmates and I grabbed a couple of burritos in the Mission District—cheap, delicious, and as gigantic as Pete claimed his dick was. A fun fact that ruined everybody’s appetite and no one believed. No one was willing to verify Pete’s claim either.
Somehow, our conversation maneuvered to the sad state of my love life. I’m fairly sure Trevor had guided us there, if for no other reason than to give me shit about how pathetic it was.
I sighed and pushed my food away, almost untouched. “If five years ago, anyone had said, ‘Hey, Dec. How would you like it if every woman you met wanted to sleep with you, just so she could tell her friends she’d banged the lead singer of a band?’ My response would’ve been: ‘Did you say something after ‘every woman I met wanted to sleep with me?’ And I wouldn’t have cared what the answer was. Now, knowing women are using me is just depressing.”
“Fuck that,” Trevor said. “I swear to the gods of music, if a woman wants to use me for sex, you sure as hell won’t hear me complaining about it.”
“That’s the difference between you and Declan,” Pete said, already smiling. “You said, ‘if a woman wants to use you.’ And that’s a pretty good-sized ‘if’.”
Everyone other than Trevor laughed. It made sense—he couldn’t see his own expression.
“Shit,” Pete continued. “No shame in it—none of us sees the amount of action Declan could.”
“If he weren’t such a pussy, you mean.”
“Obviously.”
“Hey!” I said it loud enough to know that they’d all heard me. So they were just pretending not to.
There was no way to explain it so they’d understand. Or not think I was insane. I’d guess that would be the natural reaction to a guy talking about how he feels like he’s two separate people—the one he’s always been and the one everyone expects him to be. It’s even sadder when the guy realizes that almost everyone he meets nowadays likes the fake him more than the real one.
Trevor would’ve gone cross-eyed if I told him that, until that night with Sara, sex just wasn’t as good as it had been before anyone knew who we were.
It was a conclusion I didn’t come to without a lot of rigorous testing, by the way. My folks didn’t raise a quitter.
But it became a little unpleasant when every time I fucked someone, I couldn’t get over the idea that it wasn’t really me who was getting laid. It was the guy I played onstage.
We might have looked the same, but every day he seemed more and more foreign to me. We didn’t wear the same clothes, use the same words, share the same values. I felt more like an actor now than a musician. Slipping into a role as I slipped into a costume that had been picked out and prepped by someone who’d barely ever spoken to me.
That was what made my one night with Sara stick with me. Not only was it physically amazing, Sara hadn’t met Declan Hollis, the lead singer of Self Defense who someone else had designed. She’d met Declan Hollis, the man who just wanted to be normal, get a house somewhere quiet where my dog didn’t have to run on concrete and shit on a four-by-four square of fake grass.
And she’d liked that Declan. She’d reminded me that he was enough, that he was attractive and could make someone laugh.
“Wait a sec. Does that shit really bother you?” Trevor asked. “Seriously? Fuck, that’s the only reason I’m here. If women didn’t want to use me to say they’d fucked a rockstar, I’d be sitting in front of a bonfire on the beach somewhere, drinking beer and playing somebody else’s tunes.”
“First of all, you’re not a rockstar.”
“Not yet. And luckily, these girls don’t think that far ahead.”
I grumbled but couldn’t disagree. “Secondly, you’d be playing someone else’s tunes? What the fuck is wrong with our tunes?”
He laughed. “Don’t worry, bro. The writing is flawless. It’s just not really my style.”
Again, I couldn’t disagree, at least with the second part. It wasn’t my style either. I’d stopped writing and doing what I wanted to a while ago.

Lauren Stewart grew up reading Stephen King, Ray Bradbury, James Clavell, Piers Anthony, and Agatha Christie, which explains why she can't seem to stick to one genre at a time.

She got to the more romantic stuff pretty late, but paranormal romance was what changed her from an obsessed reader into an obsessed reader and writer. Her writing style comes from a mash-up of all her early favorites and her new ones, women like JR Ward, Karen Marie Moning, Alice Clayton, Emma Scott, and Janet Evanovich. Wow, how much would you pay to be invited to that dinner party?

Lauren wants to make people think, cry, and giggle, not necessarily all at the same time (although it's great when it happens). In every one of her books, you'll find elements of other genres - fantasy, mystery, romance, paranormal, suspense, YA, women's literature, all with a touch of humor.

Because what doesn't kill us should make us laugh. 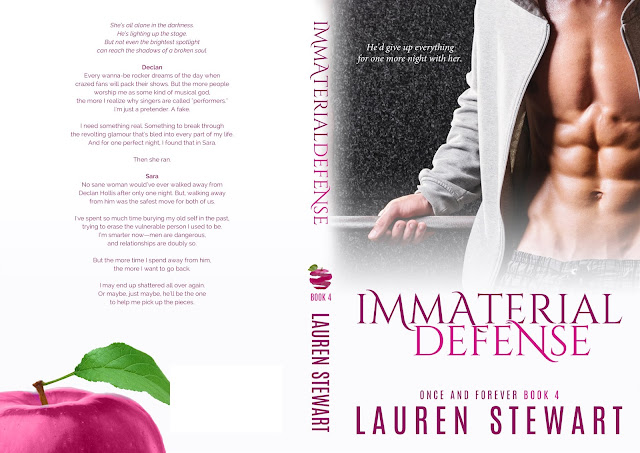